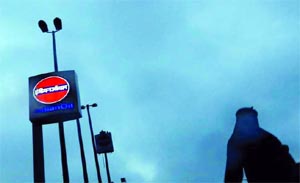 Agencies, Mumbai Adani Ports and Special Economic Zone (APSEZ), India’s leading port infrastructure developer and part of the Adani Group, said it has signed a long-term agreement with Indian Oil Corporation (IOC) to provide Liquefied Natural Gas (LNG) regasification services on a use or pay basis to the state-run refiner, at its upcoming LNG import terminal at Dhamra in Odisha. As per the contract, IOC has booked 3 million tonnes per annum (MTPA) regasification capacity spread over 20 years. IOC plans to supply the gas to its refineries in Paradip in Odisha and Haldia in West Bengal, company said in a filing with BSE. ‘’We are pleased to partner with Indian Oil by signing this long term agreement. India lacks adequate LNG import infrastructure at present and I am confident that this project will play a key enabling role for increasing gas consumption in that part of the country. In fact, the terminal will play a strategic role in gas supply to Bangladesh and Myanmar as well,’’ said Karan Adani, CEO, APSEZ. The foundation stone of the project was laid on July’17 and construction has commenced by Larsen & Toubro, a leading infrastructure firm, winning the contract to set up the tankages for gas storage. The terminal is expected to be commissioned during the second half of 2021. The proposed Dhamra LNG import terminal is designed for an initial capacity of 5 MTPA, expandable up to 10 MTPA. Initially, it will have two full containment type tanks of 180,000 m3 capacity each. It will be first of its kind in India and second LNG terminal on the east coast after IOC’s Ennore terminal in Tamil Nadu, filing added. It will have a jetty capable of handling a wide range of LNG supply vessels, including the largest Q-max fleet from Qatar.