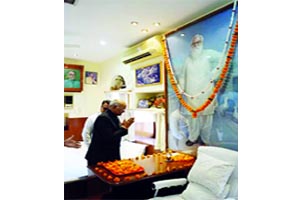 Agencies, New Delhi The Congress on Tuesday named its West Bengal MP Adhir Ranjan Chowdhury as the leader of the party in the Lok Sabha, sources said. Mr Chowdhury, a sitting Member of Parliament (MP) from the Berhampore Lok Sabha constituency in West Bengal, was chosen as the leader at a meeting held here earlier in the day. According to the sources, Mr Chawdhury's name was proposed after party president Rahul Gandhi refused to accept the post.