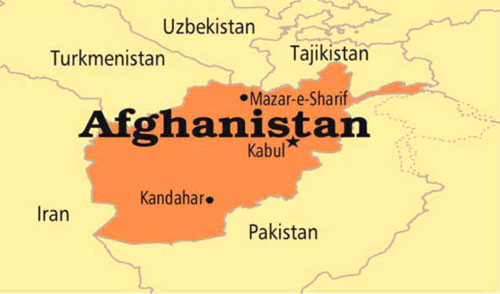 Kabul, At least 34 militants including three key commanders were confirmed dead and twenty others injured as fighting aircrafts pounded Taliban hideouts in Almar and Andkhoi districts of the northwestern Faryab province in Afghanistan, an army statement here on Monday said. A source in the provincial intelligence office said that 20 Taliban militants had been killed during the air raid in Almar on Sunday night in which a Taliban military commander Maulvi Habibullah (also known as Number 1), Mullah Amruddin, finance and supply manager and Syed Zainuddin, leader of a 20-member insurgent group were gunned down. During the nighttime offensive, three check-posts and two tanks were also destroyed, the official added. Abdul Rassoul, a resident of the area, confirmed the death of the three commanders in a report in pajhwok afghan news. He said heavy causalities were inflicted on the militants in the overnight operation. Elsewhere, Afghan forces targeted a Taliban hideout and killed Qari Tajuddin --known as Dai Munhadam -- and his deputy Damullah Zakir along with 13 other militants. At least 20 rebels were also injured in the Toqoz valley of Andkhoi district, the source said. The Taliban confirmed the raids but did not give details.