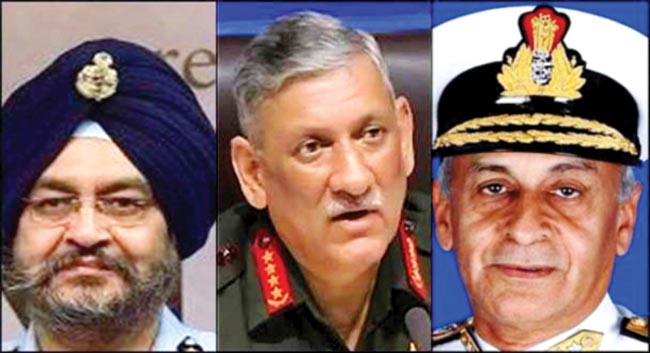 New Delhi, After an assessment of threat perception by security agencies amid escalated tension with Pakistan, the Centre decided to provide Z-plus security to Indian Air Force (IAF) Chief and Indian Navy (IN) Chief, Home Ministry officials said here on Saturday. Now, the IAF Chief Air Marshal BS Dhanoa and IN Chief Admiral Sunil Lanba will be getting Z-plus security cover in addition to their inner security cover being provided by the respective Defence Forces.The central security forces will now provide the peripheral security to them. Indian Army Chief Bipin Rawat has already been provided with this security cover. A senior government functionary said this decision was taken after a fresh assessment of their threat perception by the security agencies in the wake of Pulwama attack on February 14 and subsequent IAF air strike on terror camps in Pakistan in a non-military action on February 26. The Service Chiefs visit different military bases in the country while on duty, hence, the Z-plus security has been provided to all of them, the official added.