After Shraddha now Yami comes on board for ‘Batti Gul Meter Chalu’! 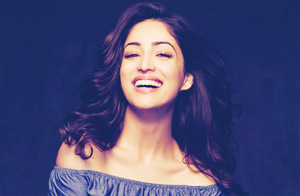 Bollywood actor Yami Gautam, who has been roped in for ‘Batti Gul Meter Chalu’ alongside Shahid Kapoor, is extremely excited to be a part of the film. Reportedly, Yami will be seen as a lawyer in the flick that also stars Shraddha Kapoor. Yami took to Twitter to express her delight on joining the team as she wrote, “Super happy to commence this special journey with @kriarj on ‘ Batti Gul Meter Chalu ‘ :) Really excited for this one #Prerna #Shree @shahidkapoor @ShraddhaKapoor” Shahid who is playing the main lead the film welcomed her on board and wrote, “Great to have you on board.” ‘Batti Gul Meter Chalu’ addresses the issue of electricity bills. It is slated to release on August 31, 2018.