After TRS flip-flop, BJP gearing up to fight Cong in select pockets in Telangana 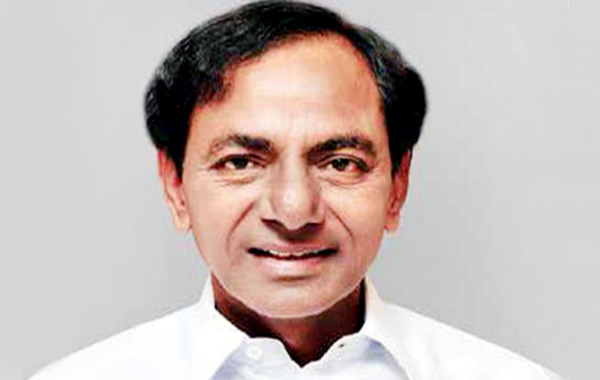 New Delhi, A flip-flop by TRS chief K Chandrasekhar Rao vis-a-vis announcing early elections to the state assembly seemed to have given a new edge to his detractors - the Congress and also the BJP for the ensuing electoral battle in India's youngest state. Telangana Chief Minister Mr Rao - much against the speculation - on Sunday did not announce advancement of assembly elections in the state - which under normal course will go to the polls early next year along with the Parliamentary polls. "There is nervousness in the TRS camp. The Chief Minister has developed cold feet as crowd was not up to his expectation. Mr Rao's popularity as chief minister is on decline," a BJP leader said here. Sources said the saffron party is 'geared up' for both the state assembly and parliamentary polls in the state and is eyeing "good show" in and around Hyderabad and also some select politically sensitive pockets of southern Telangana. "Our party is confident of doing well in both the state assembly and parliamentary polls," the source said. In Delhi, BJP spokesman Syed Shahnawaz Hussain said his party is now the 'only alternative' for the people of the newly created state. However, party sources said the leadership also realise that there are 'some inherent weaknesses' in the saffron camp and thus the major benefit of the anti-TRS mood in the state could go to the Congress. According to informal estimates in the BJP camp, the party's principal electoral tussle is some parts of southern Telangana will be the Congress - as "the TRS graph is on decline"."We are reworking some of our electoral strategies in districts like Mahbubnagar, Nalgonda, Sikanderabad and Nagarkurnool. The Congress has some how seemed to have covered some grounds in these areas," the source said adding hence steps are being taken to 'recast' the strategy. In 2014 parliamentary polls, Congress suffered a major set back despite creating the new state as its tally came down to a negligible two and there was landslide victory for the TRS. "K Chandrasekhar Rao was given all the credit for the creation of the new state but when it came to governance, he has failed and hence has been losing ground," the BJP source said. Congress won two seats in 2014 but one of their elected lawmakers have joined TRS.But Sukender Reddy Gutha, MP from Nalgonda, has dissociated himself from Congress and is now with TRS and is part of a 'farmers' coordination panel'. BJP has been also trying to give mixed signals on their political approach in Telangana and the state leaders including State President K Laxman met Chief Minister Rao more than once.BJP sources, however, said the meetings were only about installing a statue of former Prime Minister Atal Bihari Vajpayee in Hyderabad. Meanwhile, TRS leaders have not ruled out 'advancing' the assembly polls along with four other state assemblies.The Chief Minister will hold a Cabinet meeting for the second time in the next three days, TRS sources said in Hyderabad.