Akbar terms allegations against him 'wild' and 'baseless', to take legal action 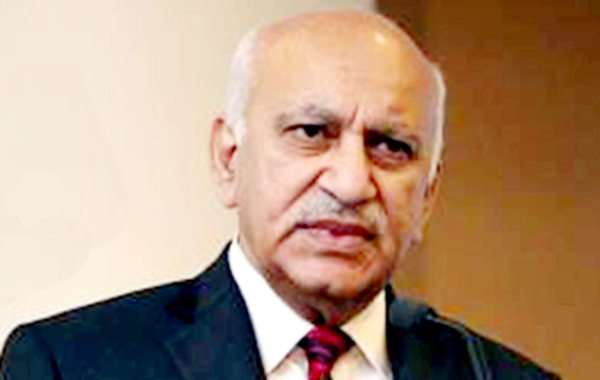 New Delhi, Terming as 'wild' and 'baseless' charges of sexual harassment levelled against him by several women journalists, Minister of State for External affairs M J Akbar on Sunday said he would take legal action against them. Talking to a TV channel here, M J Akbar's lawyer said the minister would take legal action over those who had levelled allegations of sexual harassment against him. The Minister , who returned to India on Sunday morning from a foreign trip, issued a statement in which he termed the charges against him as 'baseless'. 'Accusation without evidence has become a viral fever among some sections. Whatever be the case, now that I have returned, my lawyers will look into these wild and baseless allegations in order to decide our future course of legal action,'Akbar said. Terming the allegations against him as a case of political vendetta, Akbar asked, "Why has this storm risen a few months before a general election? Is there an agenda? You be the judge. These false, baseless and wild allegations have caused irreparable damage to my reputation and goodwill." "Lies do not have legs, but they do contain poison, which can be whipped into frenzy. This is deeply distressing. I will be taking appropriate legal action," he added.