Ali Fazal to kick off shooting for 'Milan Talkies' in March 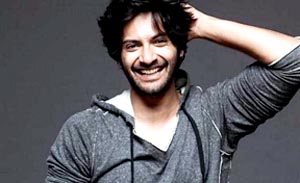 New Delhi, Bollywood actor Ali Fazal is all set to commence the shooting for Tigmanshu Dhulia's 'Milan Talkies' in March, trade sources said on Monday. "Ali has given his dates and Tigmanshu is currently on the lookout for the leading lady. It is set in North India and Ali will start shooting in the second week of March, after he returns from the Academy Awards ceremony, to be held on March 4,' the sources said. The film was initially supposed to star Imran Khan and Priyanka Chopra, when the announcement was made way back in 2012.Later, Imran decided to quit the project. Priyanka followed suit. Post that, the film's title too underwent change from 'Milan Talkies' to 'Bhoole Se Naam Na Lo Pyaar Ka'. The movie is said to be based in North India and Tigmanshu will begin the shooting in Lucknow. This will be his second film in the state capital after 'Bullett Raja'.The movie is expected to go on floors some time next month.