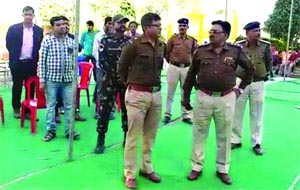 Agencies, Islamabad An all-Afghan peace summit will be held July 7 and 8 in the Middle Eastern nation of Qatar, but it would seem on Taliban terms as there will be no official government representation. Rather, according to Germany’s special representative Ambassador Markus Potzel in a statement on Tuesday, those attending “will participate only in their personal capacity and on an equal footing.’’ The Taliban have flatly refused to meet with Afghan President Ashraf Ghani’s government, while repeatedly offering talks with anyone who comes to the table as an ordinary Afghan. The Taliban have already twice met with prominent Afghans, including former President Hamid Karzai and even members of the government’s peace council as well as opposition politicians. Those meetings have both been held in Moscow. The announced talks come just a day after the Taliban claimed responsibility for a devastating attack in the Afghan capital of Kabul that killed at least six people and wounded more than 100 others, many of them children attending two schools in the area, according to the education ministry in Kabul. Monday’s attack occurred at the height of morning rush hour. It began with a powerful car bomb and lasted nearly 10 hours as five gunmen holed up in a high-rise building fired into a nearby defense ministry building, which the militants said was the target of the attack. Police eventually killed all five attackers. Hafiz Khan, who operates a car battery workshop near the site of the downtown explosion, was waiting Tuesday along with dozens of other shopkeepers for police permission to enter the area, which was still cordoned off by Afghan security personnel. “Immediately after the blast all I could see was dark black smoke everywhere, for minutes I wasn’t sure where I was,’’ said Khan looking into Kabul’s devastated market area. “It was the most dangerous moment of my life.’’ President Ghani condemned Monday’s attack, saying the Taliban ``wanted to continue this war.’’ However, he has not responded to the announcement of next week’s talks. He has previously demanded the Taliban talk directly with his government, some of whom have complained about their continuing exclusion from meetings between Taliban and the U.S. peace envoy Zalmay Khalilzad, who is holding a seventh round of direct talks with the Taliban in Doha, already held a battery of meetings with the Afghan president in Kabul last month. In an overnight tweet, he welcomed the announced all-Afghan talks. He tweeted that ``this dialogue is an essential element of the four-part peace framework & and important step in advancing the (hash)AfghanPeaceProcess.’’ Germany will co-sponsor the talks with Qatar, according to the statement issued by Potzel, who is the German special representative for Pakistan and Afghanistan. An earlier intra-Afghan dialogue in Qatar was scuttled when the two sides couldn’t agree on participants. Potzel said the invitations this time have been jointly issued by Germany and Qatar. “Afghanistan stands at a critical moment of opportunity for progress toward peace,’’ said Potzel in his statement. “Only Afghans themselves can decide the future of their country.’’ He said both Qatar and Germany are hoping the talks will create trust between the warring sides.