All in demand and how! Ananya Panday’s ‘So Positive’ tee shirts are a rage amongst all 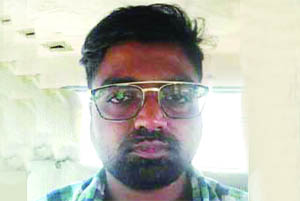 The ‘Next-Gen Star’ Ananya Panday is making waves for her recently announced digital social responsibility initiative ‘So Positive’ against social media bullying. It certainly looks like the ‘Student of the Year’ is winning away as she is set out to take over the hearts with her fashion game, creating a statement as always!  Ever since the actress was spotted donning the super chic t-shirt, which had imprints of her newly launched initiative. There has been a huge demand in the fans for the uber-cool t-casual tee. The fans have been asking Ananya as to where can they buy is from if it’s available online or at some store because its nowhere to be found. They took to their social media handles and are flooding the actress with requests to grab a tee that the sensation has been seen sporting.  The teen sensation who made a remarkable debut this year has been vocal on the whole cause and has launched a one of its kind platforms to battle it all and as she says, to negate social media bullying. So Positive is an original cause taken up by Ananya which is backed with substantial data, research, and behavioral statistics. The initiative aims at creating and spreading awareness about social media bullying. Its prime focus is to make people aware of the fact that this issue exists and stays very prevalent in society. Also, the steps that can be taken by the recipients of this destructive criticism in order to deal with this. Ananya’s initiative is centered around extending support and providing guidance to people to collaborate with helpful entities such as government and lawyers, to name a few. Ever since her Bollywood debut, Ananya has been raking in immense love and appreciation from across quarters. The actress will be next seen in ‘Pati Patni Aur Woh’ starring alongside Kartik Aryan.