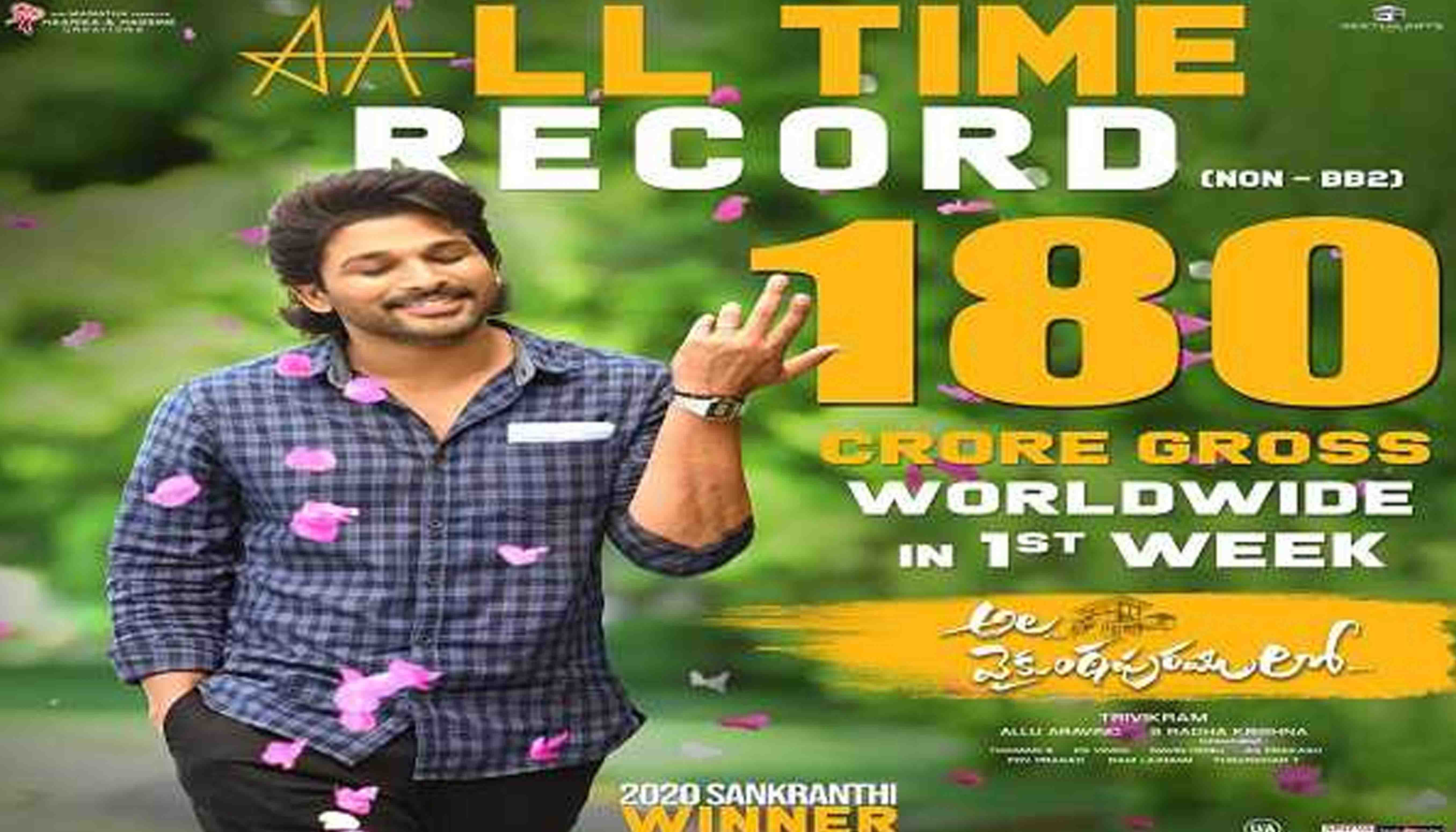 New Delhi, Stylish star Allu Arjun is riding high on the success of his latest release, 'Ala Vaikunthapuramloo' right now. The film released on January 12 to a raving response from the audience as well as the critics. Garnering much love from all, the film has broken box office records with its massive collection.

The film began its box office run by collecting approximately Rs 140 crore in the first four days and the numbers just multiplied thanks to the ardent fan-following of the ‘Stylish Star’ and the entertainer he brought to his audience this festive season. As the numbers continue to pour in, trade experts say that the film has raked in a whopping Rs 180 crore (gross box office collection) at the ticket counters in just one week of release. This number is a non-'Baahubali' record for any Telugu release so far.