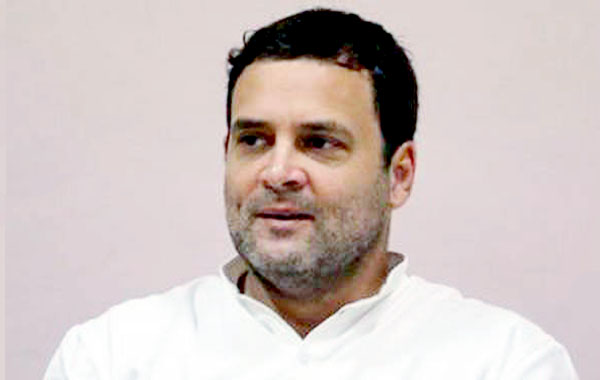 New Delhi, Lashing out at the Narendra Modi government on the recent mob lynching in Rajasthan’s Alwar district, the Congress president Rahul Gandhi on Monday said the incident exposes ‘Modi’s brutal new India’. Tagging news reports that the policemen had taken cows to shelter and had tea before taking the mob victim to hospital, Mr Gandhi tweeted that the policemen in Alwar took three hours to get a dying Rakbar Khan, the mob lynching victim, to hospital just 6 KM away. “Why? They took a tea-break enroute”, the Congress president said and added that, “this is Modi’s brutal 'New India' where humanity is replaced with hatred and people are crushed and left to die”. Rakbar Khan, 28 year old Haryana resident was allegedly beaten to death by a mob on suspicion of cow smuggling in Alwar’s Ramgarh in the early hours on Saturday. News reports quoting eyewitness, said that police preferred to ferry the cows to shelters, before taking the victim to the hospital. According to eyewitnesses, police took the victim to the police station and thrashed him before admitting him in a local health centre, where doctors declared him death on arrival. The reports added that police took time to have tea, and they reached hospital with the victim nearly 4 hours after the mob attacked him. Congress members, including Alwar MP Karan Singh Yadav raised the mob lynching issue in the Lok Sabha, on Monday.