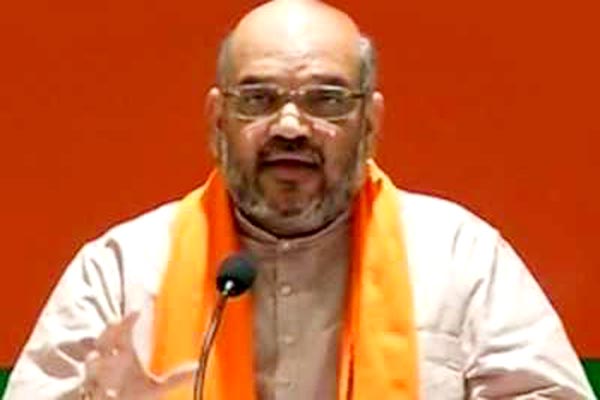 New Delhi, Terming the decision of the Telugu Desam Party to quit the NDA as 'unfortunate' and 'unilateral', BJP president Amit Shah has said the step will be construed as being guided wholly and solely by political considerations instead of developmental concerns. In a letter written to TDP chief Chandrababu Naidu on Friday , Mr Shah said,'BJP has been firm believer in the concept of politics of performance and 'development for all' has been our guiding principle. 'Andhra Pradesh figures very prominently on our agenda of national development. Prime Minister Narendra Modi has left no stone unturned in ensuring the growth and prosperity of Andhra Pradesh,' he pointed out in his letter. 'Since the discussion of bifurcation of Andhra Pradesh till present, it is the BJP that has led the voice of safeguarding the welfare of the people in both the Telugu states,' he said. Alleging that the Congress has historic apathy towards Telugu people, Mr Shah said, 'This (BJP's sensitivity) is in direct contrast to the Congress party which not only mismanaged the bifurcation but also showed zero sensitivity towards the Telugu people which is in line with their historic apathy to the Telugu community.' Mr Shah reminded the TDP chief that when, during the previous Lok Sabha, his party did not have adequate representation, it was the Saffron party that set the agenda and ensured that justice was done to the Telugu people in Andhra and Telangana. 'Since the party has come to rule at the Centre, TDP has been integral part of NDA and the coalition has nurtured the new Andhra with the spirit that it has suffered during the bifurcation,' Mr Shah has written, adding that 'There is an element of sensitivity and firm commitment for the cause of state's development in the way the NDA government at the Cenre has worked for Andhra Pradesh.' Mr Shah also wished people of Andhra Pradesh on the occasion of Ugadi. The TDP, once the BJP's biggest ally in south, pulled out of the government earlier this month over the special status demand. The TDP is also trying to bring a no-confidence motion against the government in Parliament but it has not been taken up as the Houses were being adjourned due to constant pandemonium. Elections are due in Andhra Pradesh assembly next year and regional parties, including the YSR Congress, have been repeatedly pressurising the TDP for not being able to secure a special category status for the state. Mr Naidu said Andhra was promised a special category status, but the Centre has refused what it was promised.