Ananya Panday’s ‘So Positive’ is receiving tremendous response from everyone 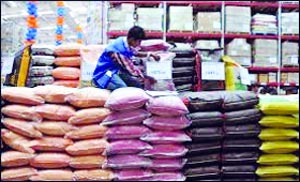 On World Social Media Day, Ananya Panday took the world by storm and announced ‘So Positive’, her Digital Social Responsibility(DSR) initiative against social media bullying. While the initiative is not even a day old ever since its launch, the ‘Best Student’ has been getting a massive response from her audiences, peers, and everyone else around. Bollywood’s “Best Student’ is surely carrying the baton with the cause with all the support from across the world! Bollywood is all praise for Ananya Panday’s initiative to take a stand against one of the most common issues faced not only by celebrities but everyone who has ever been on social media. As soon as the initiative went online, the handle has gotten flooded with messages from people from all over. The people are hailing the actress for being the youngest star yet taking up a cause which is so original, prevalent and relatable like social media bullying So Positive aims to create a safe platform for people who have faced social media bullying and come talk about these things. Ananya’s comments section has also been flooded by people who have suffered faced the digital world struggle, praising her for using her influential reach and massive following to take a stand for those who could not. ‘So Positive’ has a dedicated social media handle where people can reach out and connect, and the people working at ‘So Positive’ will help them get in touch with relevant authorities so they can tackle the issue. Ananya’s stand against the issue is an effective one given most of the times, its teenagers who suffer from bullying. So Positive is an original cause taken up by Ananya Panday which is backed with substantial data, research and behavioural statistics. The initiative aims at creating and spreading awareness about social media bullying. The initiative’s prime focus is to make people aware of the fact that this issue exists and stays very prevalent in society. Also, the steps that can be taken by the recipients of this destructive criticism in order to deal with this. The platforms primary objective is to create engagement to inform the broader public about the existing actions to emerge out of the issue. Ananya’s initiative is centered around extending support and providing guidance to people to collaborate with helpful entities such as government and lawyers, to name a few. No wonder, the actress is receiving all the love and appreciation from all across and the handle has grown leaps and bounds just within hours of So Positive going up, a testimony to the fact how the actress has taken up an important issue!