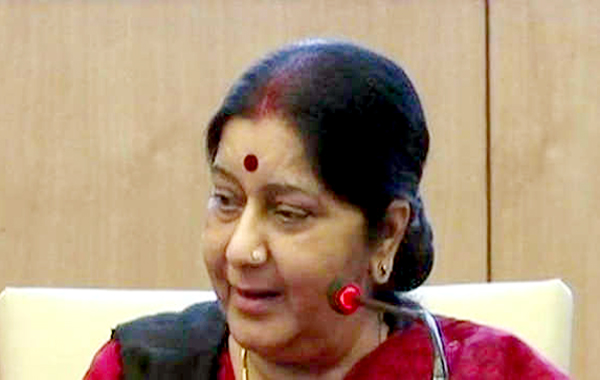 New Delhi, Taking a new initiative towards simplification of passport service and making things more user friendly, the government on Tuesday launched a new App - the Mobile Passport Application. It was launched by External Affairs Minister Sushma Swaraj in the presence of Minister of State for External Affairs Gen (Retd) VK Singh and Minister of Communications Manoj Sinha. External Affairs Minister also launched a new scheme by which an applicant can apply for passport from anywhere in India.With the launch of this new scheme, applicants can now choose the Regional Passport Office (RPO) and thus the desired Passport Seva Kendra (PSK)/ Post Office Passport Seva Kendra (POPSK) under the RPO where they wish to submit their application irrespective of whether the present residential address specified in the application form lies within the jurisdiction of the selected RPO or not. "The Police Verification, if required for a specific passport, would be conducted at the address specified in the application form. The passport will be printed and dispatched by the RPO selected for application submission by the applicant," a MEA statement said. The statement further said, for instance, a resident of Jaipur, who is temporarily residing in Kolkata, will now be able to apply at a PSK/POPSK under RPO, Kolkata, and does not have to travel all the way back to Jaipur to submit an application. The police verification, if necessary, would be conducted at Jaipur and the Regional Passport Office in Kolkata would print and dispatch the passport at the address specified in the passport application form. "This citizen-centric initiative of the Ministry of External Affairs is expected to benefit the applicants who are unable to apply at Passport Seva Kendra near their ordinary place of residence," the release said. Speaking on the occasion, Ms Swaraj said henceforth an applicant can apply for passports from anywhere in the country and also can do making use of the mobile phones and laptops and desktop computers. These new avenues are part of the continuous efforts being made by the Ministry of External Affairs towards simplification of helping citizens get the passports at convenience. "Last four years saw Passport kranti (revolution) in the country," she said. "This is like a revolution which will continue....Passport Seva is only one facet of developmental journey - Vikas Yatra - led by Prime Minister (Narendra Modi)," she said adding "at times when I interact with Prime Minister, he asks me when will we have Passport Seva Kendras all over the country.....and I tell him that it will be achieved soon," she added. The MEA statement said that the mPassport Seva App is available in Android and iOS platforms and will have the facilities to apply, pay and schedule appointments for passport services. With the launch of this mPassport Seva App, citizens would not require access to a computer and printer to apply for passport services. The mPassport Seva App will now support enhanced set of passport services such as - new User Registration, application form and also pay for Passport Services, the MEA stated.