Appointment of teachers in universities put on hold: Javadekar 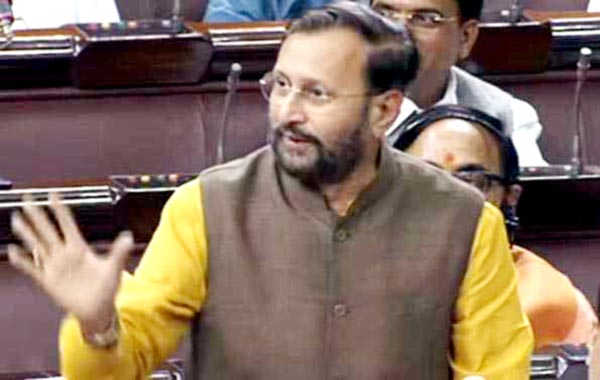 New Delhi, Responding to uproar in many circles over the recent order issued by UGC in jobs for teaching position, the Government on Thursday said the process of interviews of teachers in the Universities across the country has been put on hold. Replying to the concerns of the members in the Rajya Sabha during the Zero Hour, Human Resource Development Minister Prakash Javadekar said that he had already instructed on Wednesday to put on hold all interviews of teachers in Universities.Job reservation was a Constitutional provision and it will stay, the Minister assured the House. Mr Javadekar said that the government was sharing the concerns of the members of the House. The UGC did not bring the circular on its own but it took the decision based on the orders of both the Allahabad High Court and the Supreme Court. The Minister said that the government was against the ruling, and two Special Leave Petitions (SLPs) have been filed – one by the UGC and another by the HRD Ministry in the apex court. Mr Javadekar said that he was confident that the court will rule in their favour. Earlier raising the issue Ram Gopal Yadav of the Samajwadi Party said the government was against the principles of reservation and accused it of doing away with the policy of reservation. He said that the recent UGC circular of faculty admission in universities would be gross injustice to the weaker section of society especially to the Scheduled Tribes and Scheduled Castes to whom the provision of reservation has been guaranteed by the Constitution. He said there were 496 vice-chancellors in the country of which six each belonged to the Scheduled Castes and Scheduled Tribe categories. He said the reservation to SC, ST and OBC should have been 50 per cent but only 9.6 per cent was provided. Leader of the Opposition and Congress member Ghulam Nabi Azad said that this was a serious issue and the House needs to have a detailed discussion in the matter.