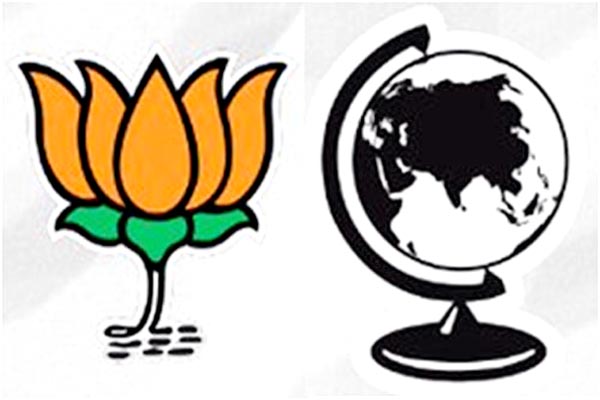 The name of Mr Arun Jaitley is recorded permanently in the economic history of India as a initiator and pioneer of economic unity of India. He launched the uniform tax system for the whole country-the G.S.T. (Goods and Service Tax) in his capacity as Union Finance Minister. It was an idea of Prime Minister Mr Atal Bihari Vajpayee that even subsequent Congress led UPA Government favoured and tried to adopt it. But states were opposed to it resisted on the plea that it would abolish its financial autonomy. But it was Mr Arun Jaitley who succeeded in getting it through with his persistent efforts and logics. Just as on the night of August 14 at 12 O’clock with the start of August 15 Prime Minister Pandit Nehru announced the freedom of India with his “Tryst with Destiny” address in the Constituent Assembly of India located in the Parliament House. Similarly on June 30 on 2017 at night of June 30 at 12 O’clock with the start of July 1 the President of India Mr Pranab Mukharjee with the hammering of ‘Bang’ declared the implementation of G.S.T.  in the country as a one tax system for the whole nation. In his death on 24th August 2019 in the noon at 12.07 at the AIIMS Hospital at New Delhi country lost a very versatile and Superb Parliamentarian at the age of 66 years. He was born on 28th December 1952. He was admitted in the AIIMS on August 9. Like the late Foreign Minister Mrs Sushma Swaraj he also undergone the kidney transplantation like her he also left active political and parliamentary life on health ground. Mr Jaitley entered the public and political life from the student politics. He was elected President of Delhi University Student Union in 1974 and the next year in 1975 he was arrested under proclaimed Emergency of Prime Minister Mrs. Indira Gandhi. He remained on jail for 19 months. On coming out he studied low in 1977 and adopted law as his career. Within few years he become a very successful lawyer. He practiced up to the level of the Supreme Court. He started his student politics through the youth wing of the than Jansangh now the BJP the Vidhyarthi Parished, Later he became all India President of the Vidiyarthi Parishad. In 1980 he started his active political career by joining the Bhartiya Janata Party and within short time become its one of the top all India leader. In 1990 he was additional solicitor general of India and in subsequent years he become member of National Executive of the party member of Indian delegation to the United Nation General Assembly, Minister of Information in the Prime Minister Mr Atal Bihari Vajpayee Minister. He also has been minister law, justice and company affairs elevated as Cabinet Minister. In 2009 he was Leader of the Opposition in the Rajya Sabha and in return to power by the BJP on 2014 he become Finance Minister and the Defence Minister in the Narendra Modi Government. Across the party lines all the political leaders of India mourned his death with deep angus. Prime Minister Mr Narendra Modhi who is on 3 nation tour of France, Bahrain and UAE said in a message that he lost a valued and intimate friend and party lost towering leader. He had telephonic talk with his wife Sangeeta and son Rohan.