As he manages to get Deputy CM berth, Sachin Pilot talks about Gehlot - Pilot 'Jadoo' 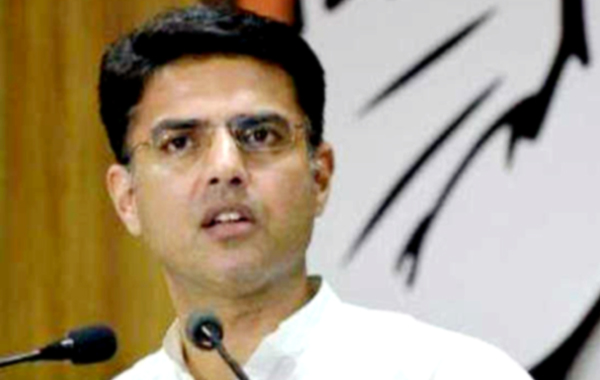 New Delhi, A jubilant looking Sachin Pilot might have been humbled in a way by the political one-upmanship of veteran Ashok Gehlot and he 'lost' the race for Chief Minister's post, but he did not fail to carry his usual charm and jovial mood at the press conference where the big announcement was made. "Kisko maloom thaa, doh doh crorepati banjayenge- (Who knew there would be two big winners in the race)", said a beaming Pilot told reporters at AICC headquarters throwing the entire gathering into a peals of laughter. The 41-year -old politician and son of former prominent Congressman late Rajesh Pilot said the mandate this year in the desert state has proved the armchair experts and the BJP entirely wrong as the mandate did not come to their predictions. He was equally quiet eloquent when he threw in another one liner saying, "Apne dekha hoga, mera aur Ashokji ka jaadu poori tharah chal gaya (You all must have seen how the Gehlot - Pilot magic worked completely in Rajasthan)". The observations- albeit in jovial manner- from the Rajasthan Pradesh Congress chief comes hours after his supporters sought to mount pressure on the Congress high command over the selection of the new Chief Minister for Rajasthan where Congress won 99 seats in 200- member assembly. Apparently Mr Gehlot stuck to his guns and insisted that he should be made the Chief Minister, especially in the context of coming Lok Sabha elections in four to five months time. According to Congress sources, it was given to understand that the dynamic former MoS Corporate Affairs Minister under Manmohan Singh government, was a preferred choice of the party high command for the key post. Even in the run up to the polls, latent tussle between him and former Chief Minister Mr Gehlot did surface more than once but was calmed by the intervention of Mr Gandhi. Also a popular face among the young leaders, Mr Pilot is related to another political heavyweight family of Farooq Abdullah's by way of his marriage to Sarah Abdullah.