As Kiran Bedi regretted her remarks, matter should be laid to rest: Rajnath 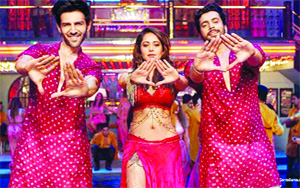 New Delhi, Taking cognizance of the severe complaints lodged by DMK members in the House and as Lt Governor of Puducherry Kiran Bedi has expressed her regrets, the matter pertaining to her controversial remarks should be laid to rest, Defence Minister Rajnath Singh said here on Thursday. “In the light of the words expressed by Lt Governor of Puducherry Kiran Bedi, I would like to request the members to put the issue at rest,” Mr Singh said in Lok Sabha after the issue was raised for the second consecutive day in the House by DMK floor leader TR Baalu. “After the issue was raised by DMK members and its leader TR Baalu, MHA (Ministry of Home Affairs) took notice and thereafter Kiran Bedi has expressed deep regrets,” Defence Minister said. Mr Singh, who is also Deputy Leader of Lok Sabha, said in her statement Ms Bedi has said that her remarks were “avoidable” and also that she has deleted her tweets. Mr Singh said Kiran Bedi also has expressed ‘deep regret’ if anyone has been hurt and she has highest regard for the people of Tamil Nadu and Puducherry. Raising the issue earlier, DMK floor leader Mr Baalu said Ms Bedi had called the Tamil people ‘selfish’. “She ridiculed the entire Tamil society,” said Mr Baalu amid ‘shame shame’ slogans raised by his party colleagues. After Defence Minister’s response, Congress floor leader Adhir Ranjan Chowdhury said the remarks made by Ms Bedi were unacceptable and the House should adopt a resolution demanding recall of the controversial Lt Governor. Meanwhile, Leader of Congress in the House, Adhir Ranjan Chowdhury alleged that Bedi had humiliated people of Tamil Nadu “in an outrageous manner” and the House should adopt a resolution. On June 30, Bedi tweeted, “A Question with Possible Answers: India’s 6th largest city #Chennai has become d first city in d country to run dry. The same city was in floods due to copious rains just 4 yrs back. Where lies the problem? Ans: Poor Governance, Corrupt Politics, Indifferent Bureaucracy+” The city has been reeling under acute water crisis for the past several months as Chennai’s Porur Lake, one of the main sources of water, has reached its lowest level.