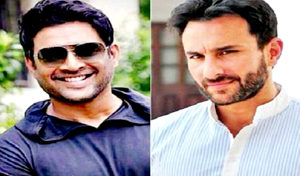 Islamabad,  At least 16 people were killed while 84 others injured when a passenger train collided with a freight train in Karachi on Thursday. The Akbar Express, heading to Quetta from Lahore, crashed into the freight train in Rahim Yar Khan district of Punjab province. As per a report in Dawn, Deputy Commissioner (DC) of Rahim Yar Khan, Jamil Ahmed Jamil, said all passengers onboard have been evacuated and track clearance operations were underway. Rahim Yar Khan DPO Umar Farooq Salamat said as per the initial reports, when the signal changed on the track, the passenger train went on to the loop line where a freight train was parked resulting in the collision. Pakistan Prime Minister Imran Khan offered his condolences to the families of the victims. "Have asked Railways Minister to take emergency steps to counter decades of neglect of railway infrastructure [and] ensure safety standards," he wrote on Twitter. Minister for Railways Sheikh Rashid Ahmad said that the accident appeared to have occurred due to human negligence. Mr Ahmad said that he had issued orders for a top-level investigation into the incident. The Railway minister announced a compensation of Rs1.5 million for the families of the deceased and Rs 0.5 million each for the injured. Pakistan Peoples Party held Mr Rashid "fully responsible" for train accidents and called for an inquiry against the minister. Leader of the Opposition Shehbaz Sharif said weak railway tracks and poor planning were becoming the basis for accidents. He said that action should be taken against those responsible for the incident today. Last month, the Jinnah Express also hit a freight car near Hyderabad resulting in the deaths of three individuals and injures to severals. Following the incident, Rashid accepted responsibility and sought an apology from the nation.