Award “Shaheed” title to martyrs of paramilitary forces:Rahul to Modi 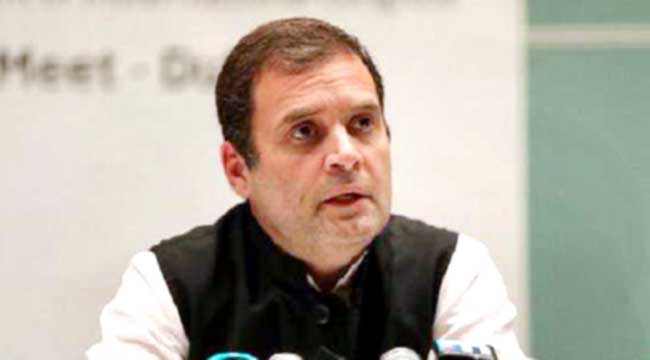 New Delhi, Calling for recognising sacrifices of paramilitary forces and awarding their martyrs title of “Shaheed”, Congress president Rahul Gandhi on Monday hoped Prime Minister Narendra Modi would act on the Supreme court’s order for better pay to these forces. In a post on social media, the Congress president said, “We must recognise the sacrifices of our paramilitary forces, like the CRPF and award their martyrs title of Shaheed. Even if the PM’s ego will not allow him to act on my request, I hope he will act on the SC’s order for better pay to the Paramilitary.” Mr Gandhi also posted on his Twitter handle a media report which alleged that the Modi government opposed the salary hike of paramilitary forces in the Apex Court. The Congress president, while interacting with students at the Jawaharlal Nehru university on Saturday had promised that if his party comes to power in the centre, it would accord the status of ‘martyr’ to soldiers from paramilitary forces who lay down their lives in service of the country.