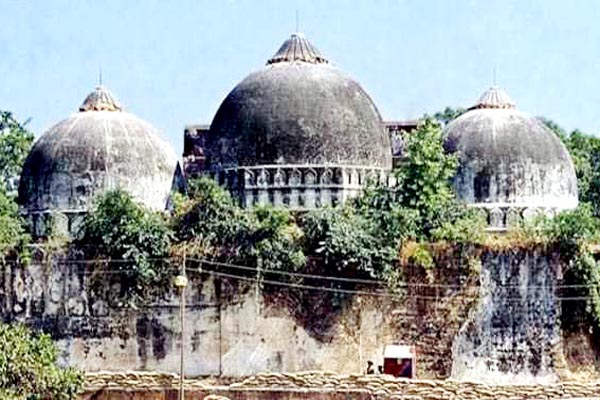 Lucknow, Lawyers from both Hindu and Muslim sides are preparing for the crucial day-to-day hearing from February 8 on the Ram Janmabhoomi-Babri Masjid title dispute in the Supreme Court. In 2010,the Allahabad High Court had ordered a three-way division of the disputed 2.77 acre area at Ayodhya among the All India Sunni Waqf Board, the Nirmohi Akhara and Ram Lalla. The Shia Central Waqf Board of Uttar Pradesh, had approached the court, offering a solution that a mosque could be built in a Muslim-dominated area at a “reasonable distance” from the disputed site in Ayodhya. It had also proposed a 'Maszid-e-aman' in Lucknow. Muslim side lawyer Zafarayeb Jilani said here on Monday that they are ready for the hearing. " We have already held a meeting on February 3 and again the lawyers will meet on tomorrow and on the eve of the hearing to prepare a fool proof strategy," he said. Kapil Sibal, Dr Rajeev Dhawan, Raju Ramchandran along with Shakeel Ahmed Sayeed and a couple of other renowned counsel will appear for the Muslim side. On the opposing side are Ram Lalla Virajman, Nirmohi Akhara and Hindu Mahasabha. S K Jain, Ranjit Lal Verma will argue for the Nirmohi Akhara, Harishanker Jain and Vishnu Shanker Jai for the Hindu Mahasabha and K Parasharan for the Ram Lalla Virajman. Lawyer of Ram Lalla Virajman, Madan Mohan Pandey, has been made the government counsel and will represent the Uttar Pradesh dispensation.Mr Pandey confirmed that all the relevant documents had submitted in the court by the state government. On December 5,on the eve of the 25th anniversary of the demolition of disputed structure, the Supreme Court had announced day-to-day hearing in the case from February 8, rejecting the suggestion of the Muslim side to commence arguments after the Lok Sabha polls.