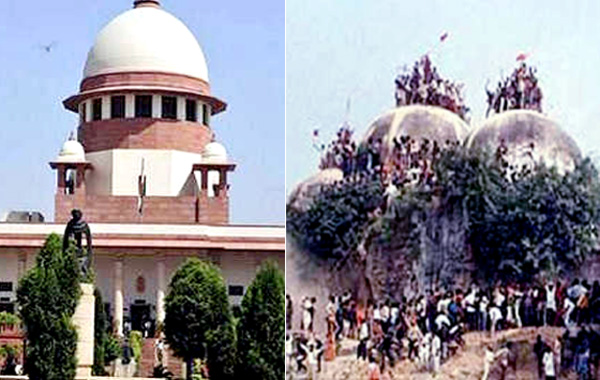 New Delhi, The Supreme Court on Friday reserved its order on the issue whether the Ismail Farooqui judgement -- which had said that the mosque is not an integral part of Islam -- will be referred to a Constitution bench. A three-judge bench, headed by Chief Justice of India Dipak Misra and also comprising Justices S Abdul Nazeer and Ashok Bhushan, reserved the judgement. Rajeev Dhavan, lawyer appearing for one of the Muslim parties, said that the Hindus had tarnished their image by demolishing the masjid. It was an act of terrorism, Dhavan submitted to the Apex Court.Hindus behaved like the Taliban on the day of December 6, 1992, he contended. There was a heated argument between Dhavan and the Hindu side.The CJI warned all the respective parties to maintain the decorum of the Court.The mosque was there since 1526 till it was destroyed in 1992, Dhavan contended.Was there a temple there then? No Hindus were given right to worship there, he said.