Ayushmann Khurrana goes mile for his role in ‘AndhaDhun’ 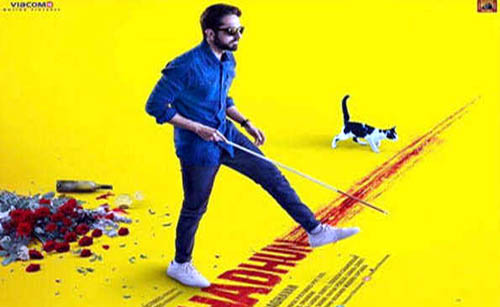 New Delhi, Actor Ayushmann Khurrana went a mile ahead to get into the skin of a blind person for his upcoming character in ‘AndhaDhun’.For a person having normal eye-sight, it is quite difficult to enact the same reactions of a blind person.Ayushmann read scripts with blindfolds, that helped him a lot to focus on the character. Whenever he needed to focus on the character, he blindfolded himself and acted as a blind person on sets.In ‘AndhaDhun’, Ayushmann will be seen playing the role of a blind pianist whose life goes for a toss as his paths cross with Tabu. Previously released the quirky posters and the intriguing trailer had left the audience asking for the more.The trailer was highly appreciated by the audience and as well as from B-Town celebrities.This will be the first time that Ayushmann will mark his first association with ace director Sriram Raghavan.‘AndhaDhun’ revolves around the story of a blind piano artist showcasing facades of his love story. However, life takes a sharp turn as he gets caught in the world of tragedies. ‘AndhaDhun’ stars celebrated actress Tabu in a pivotal role. The actress will be seen in a grey character once again after Drishyam.The film also features Radhika Apte who lately had been getting a lot of appreciation for her work. This will be her second association with Sriram after ‘Badlapur’. Produced by Viacom 18 Motion Pictures, 'Andhadhun' is slated to release on October 5.