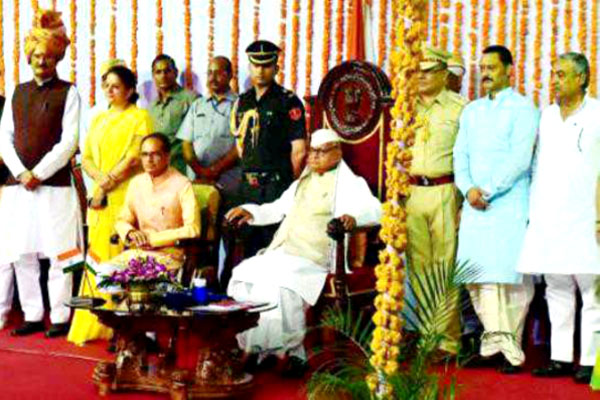 Washington,  While Pakistanis cheered their Prime Minister Imran Khan, a group of Balochistan activists disrupted the event and raised slogans seeking justice for the region. According to the reports, the activists caused commotion in the gallery and security personnel were seen asking them to leave. Meanwhile, Baloch groups have started a mobile billboard campaign in Washington DC to seek President Donald Trump's help in ending "enforced disappearances" in Pakistan. The massive billboards installed on large mobile started running on the streets of Washington DC on the eve of the arrival of Pakistan Prime Minister Imran Khan. Prime Minister Khan reached the US on Sunday for his maiden trip to have face-to-face talks with President Trump and "refresh" bilateral relations that were hit after he publicly criticised Islamabad, cancelled military aid and asked it to do more to fight terrorism. World Baloch Organisation dedicated to defending Baloch's political, social and cultural rights said in a tweet that the initiative was part of its awareness campaign. The campaign is urging President Trump to help ensure an end to human rights abuses in Balochistan and to help end enforced disappearances in Pakistan, the World Baloch Organisation said on Twitter. Early this week, a Pakistani national urged President Trump to raise the issue of Christian persecution when he meets Prime Minister Khan. "I would be very grateful if you would raise with him the issue of persecuted Christians in Pakistan - the blasphemy law and people who are suffering under this law," Shaan Taseer from Pakistan told Trump during a meeting at the Oval Office. Trump promised to raise the issue. "I'll do that," said the US President. In March, President Trump indicated his readiness to meet Pakistan's new leadership, amidst the ongoing peace talks between the US and the Taliban facilitated by Islamabad to end nearly 18-year brutal war in Afghanistan.