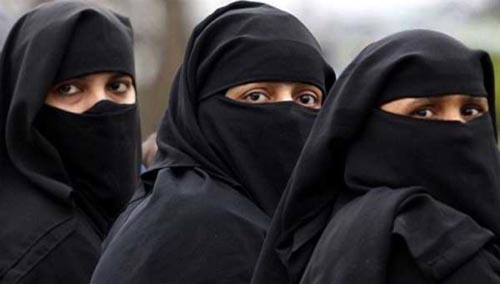 Colombo, A ban on all types of face covers including burqas came into force in Sri Lanka in the wake of the terror bombings that rattled the island nation on Easter Sunday, killing more than 250 people and wounding hundreds took effect on Monday. On Sunday, President Maithripala Sirisena, under Emergency Regulations, imposed the ban on all forms of face covers that may hinder ascertaining one’s identity as a threat to national security and public safety. Prime Minister Ranil Wickremesinghe also stressed the need for enacting new counter terrorism laws to combat terrorism. In a special statement the Prime Minister said that the delay in enacting new counter terrorism laws had become a barrier to arrest the suspects of the Easter Sunday attack. "Sri Lanka does not have any laws to arrest individuals who join foreign terrorist organizations. The Penal Code in its original form only envisaged the punishment of offenders for offences committed within the territory of Sri Lanka,” he said. But according to the Counter Terrorism Act of 2018 (CTA), drafted to replace the Prevention of Terrorism Act (PTA) presented to Parliament in 2018, any person illegally influencing any community or the government of Sri Lanka or any other country becoming a threat to the territorial integrity could be considered as a criminal of Sri Lanka. The prime minister urged the relevant committee to take immediate measures to introduce it to Parliament without any delay. He said that a programme of sharing information is scheduled to be implemented with Interpol.