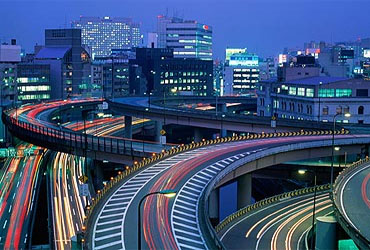 Agencies, New Delhi Bangalore and Gurgaon have emerged as top 5 tech cities in Asia pacific, says CBRE, a commercial real estate services and investment firm, in its report on the tech cities in Asia Pacific. The real estate consulting firm on Monday announced the findings of its latest report titled, “Programming Asia Pacific’s Tech Cities as Global Tech Hubs”. According to the report, despite the absence of any principal city or cluster of the same status as Silicon Valley, technology companies continue to fuel office demand in the APAC region. Burgeoning growth of the region’s technology sector accounted for 23 per cent of total leasing activity in 2018. Anshuman Magazine, Chairman and CEO, India, South East Asia, Middle East and Africa, CBRE, said: “India is home to an increasing number of tech unicorns and Asia Pacific is increasingly defined as the region leading in the rapid adoption of disruptive technology. However, there is still room for growth in terms of identifying locations where business conditions, innovation and talent come together to form a globally competitive digital hub.” He said, “Improved access to incubator and accelerator programmes and a vast pool of skilled IT talent based in the Delhi NCR and Bangalore have supported the cultivation of new ideas. Asia Pacific is home to 8.4 million Science, Technology, Engineering and Mathematics (STEM) graduates, out of which 30 per cent are in India, which is huge”. While the world’s leading tech hub, the Silicon Valley, encompasses qualities conducive to technology sector growth and development, individual cities in Asia Pacific possess distinct strengths and weaknesses. Leading technology cities, Beijing, Bangalore, Shanghai, Singapore and Gurgaon are creating a dynamic ecosystem and catalysing the APAC technology sector’s growth, thanks to viable business conditions, innovation environment and business friendly cost and availability prevailing in these hubs. The cities scored high in all such aspects and continues to be preferred destinations for a wide array of traditional and new tech companies seeking to establish their presence in Asia Pacific. Bangalore is the front runner in India, followed by Gurgaon, owing to a deep tech talent pool, cutting edge infrastructure, well-entrenched R&D ecosystem, and the veritable competitive cost advantage. Dubbed as India’s start-up capital, Bangalore houses over 30 per cent of the country’s start-ups and contributes significantly to India’s tech sector. At 155 million sq ft, the city has the largest office stock in the country with more than 30 million sq. ft. of office space due for completion before 2021. Rental growth in the city is expected to remain buoyant, as the tech space is slated to expand steadily. Similarly, Gurgaon has evolved to be the regional pivot of North India’s technology industry. Popularly touted as the ‘millennial city’, Gurgaon houses some of the biggest global and domestic corporations and many more are looking to set up their back-office/front-office operations here. The city’s proximity to the national capital as well as its international airport, makes it an access point for a vast majority of software professionals. The size and quality of its office stock, along with government incentives to the tech sector, have positioned Gurgaon high up on the investor’s radar. Significantly, CBRE’s findings reflect the multi-nodal approach adopted by technology firms in Asia Pacific, which tend to select locations according to their suitability for certain business functions and units. Asia Pacific-based tech companies are expanding rapidly. In 2018, Asia Pacific companies accounted for 43 per cent of the revenue generated by the world’s top 100 technology firms. Significantly, Asia Pacific is the fastest growing region for technology investment, with venture capital fundraising quadrupling from 20 billion US dollars in 2014 to 80 billion US dollars in 2018. Large venture capital deals invariably involve investment in the technology sector, particularly in internet and software firms. Due to this environment, technology companies are also increasingly seeking locations that provide ecosystems capable of accommodating best-in-class technology companies as well as start-ups and unicorns specializing in innovative new products and services. This trend is driving the formation of designated areas for the technology sector in many markets. CBRE identifies Asia Pacific’s leading technology cities by assessing 15 markets according to their business conditions, innovation environment, and cost and availability.