Banks are autonomous, govt will not intervene in filling up vacancies: Piyush Goyal 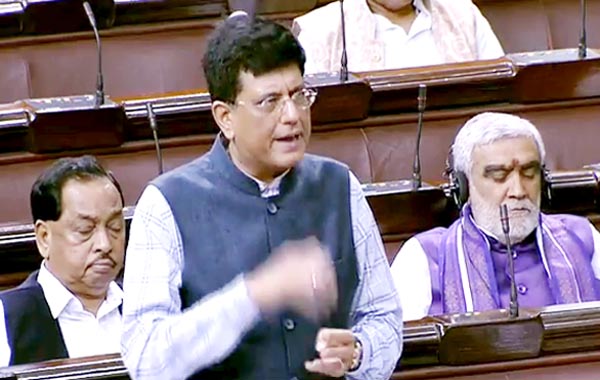 New Delhi, Banks, including public sector banks, have full autonomy in filling up vacant posts and the government has no plans to intervene in the matter, Union Finance Minister Piyush Goyal said in the Rajya Sabha here on Tuesday. Responding to members during the Question Hour, the Minister said after the Seventh Pay Commission recommendations, the salaries and scales in banks were competitive and good. 'Lakhs of people apply for jobs in banks and there is excitement to join,’’ he said. In answer to a question, the Minister said banks were `autonomous’ and the issue of filling up vacancies and remuneration was linked to productivity and technology. ``You can’t compare private sector and pubic sector banks. Salaries are good and banks are looking at productivity and technology. Technology makes some posts redundant,’’ he said. On being asked about huge vacancies at CEO level in public sector banks, Mr Goyal said the government has in place a strict and robust system under which people apply. 'Earlier, CEOs were being appointed in an arbitrary fashion. We are changing that and expediting the process,’’ he said.