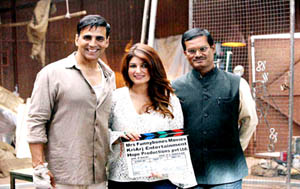 Dhaka,  Bangladesh Prime Minister Sheikh Hasina has said that Dhaka wanted to resolve the protracted Rohingya crisis through discussions. "Giving shelter to such a huge number (1.1 million) of Rohingyas is a big burden for us. We want to resolve the issue through discussions," the PrimeMinister’s Press Secretary Ihsanul Karim quoted the premier as saying after her meeting with Lord Ahmad of Wimbledon in London on Monday evening. Lord Ahmad currently serves as the UK Minister of State for the Commonwealth and the United Nations. The press secretary told over phone from London that Lord Ahmad has assured all possible support on the Rohingya issue and said newly elected British Prime Minister Boris Johnson was aware of it. While discussing the issue of combating terrorism, both Hasina and Lord Ahmad said that Islam was a religion of peace and did not support terrorism.