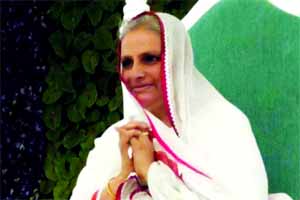 Hyderabad,  Bank Employees Federation of India (BEFI), Telangana, here on Thursday demanded that the Central government should enact a ‘new law’ for enforcement of criminal proceedings against wilful defaulters who had failed to repay the banks loans in the country. In a statement issued on the occasion of Golden Jubilee year of Banks’ Nationalization on Friday, Federation General Secretary P Venkataramaiah also demanded the Government of India to strengthen the Public Sector Banks (PSBs) and continue the spirit of Nationalization, stop the process of further mergers of PSBs and take stringent steps to recover all the Non-performing assets (NPAs) which is the wealth of the Nation. About 14 major commercial banks were Nationalized on July 19, 1969, he said that after nationalization,. there was rapid expansion of bank branches throughout the nook and corner of the country, particularly in rural areas, loans and financial assistance was extended to agricultural, rural artisans, Small and Medium Scale Industries in an unprecedented way, he said. Mr Venkataramaiah said Public Sector banking, was grown in an ‘unprecedented wayup to 1991 where after mass banking was gradually shifted to elite banking, the BEFI General Secretary said banking sector reforms were introduced as part of structural reforms promising strong banking, improved regulatory and supervisory mechanism but the subsequent developments proved other way . Banking performance started deterioration post 2011-12 and the infrastructure industry pulled down banking and NPAs increased to nearly Rs 10 lakh crore, he stated. The nexus between political parties in power at the centre, corporates and bureaucrats lead to many frauds in banking, he said Rs 4.33 lakh crore of public money was doled out to crony corporates through ‘write off’ method of corporate advances during the last 5 years. Now, the same corporate beneficiaries are demanding privatization of PSBs and those, whoever demanding privatization of PSBs are working against the interest of the nation and people at large, he alleged.