BEL proposes to take its technology for Public Good 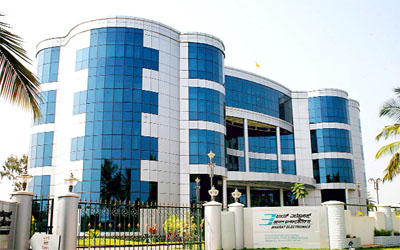 Agencies, Bengaluru The Bharat Electronic Limited (BEL), the Navratna PSU under Ministry of Defence, proposes to leverage its high expertise technology for the public good, by entering into the Non-Defence sector, including that of manufacturing the state-of-the-art intelligent Traffic Management Solutions, Electronic Payment gates, and developing National Common Mobility Card. Addressing a press conference here on Saturday, BEL Chairman and Managing Director M V Gowtama said that the Company which has an order book of over Rs 51,000 crore  had forayed into several civilian projects including that of Smart City project, Portable Toll collection System, Open-Loop Metro gates, and other digital equipment manufacturing systems. The order book includes Rs 3100 Crore of non-Defence, Navy Rs 25,000 Crore, Army Rs 9000 Crore and Indian Air Force Rs 8800 Crore. Stating that BEL is also partnering in the Nation-wide Smart Cities project, he said that “We have won Smart City project for Belagavi in Karnataka, Agra in Uttar Pradesh, and several tier-II cities in North Eastern States like Namchi, Gangtok, Phasi Ghat and others.” “The BEL had established itself as one of the major players in realizing the Smart City Programmes across the country” he added. Among the components of the project, the BEL can contribute including that of developing Intelligent Traffic Management System, Portable Toll Collection system across the country for the Toll collection companies, supply of EMV,s to state governments. Replying to a question, he said that the BEL had developed a state-of-the-art Open-loop gates and going to be installed Metro stations across the country including at Delhi, Cochin, Chennai, Bengaluru, Mumbai and Hyderabad. “We have designed, developed and manufactured these gates and awaiting certification soon”, he added.