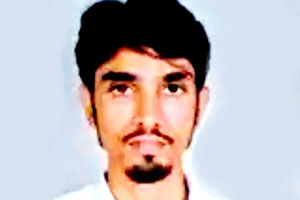 New Delhi,  Boxing Federeation of India on Tuesday announced the squad for the International Boxing Association (AIBA) Men’s World Championships to be held in Ekaterinburg, Russia from September 7-21.  Manish Kaushik beat four-time Asian Championships medallist Shiva Thapa to find a berth in the eight-member squad led by Asian Games champion Amit Panghal that will represent India at the AIBA Men’s World Championships. While Panghal (52kg) was directly given a place in the squad for winning a gold at the Asian Championships which was the original criterion for selection, Kavinder Singh Bisht (57kg), Manish Kaushik (63kg), Duryodhan Singh Negi (69kg), Ashish Kumar (75kg), Brijesh Yadav (81kg), Sanjeet (91kg), and Satish Kumar (+91kg) joined him through trials held at NIS Patiala last weekend. Only the top two boxers from each of the categories were eligible for the trials with their recent performances being the criteria for selecting the faceoff names. Kaushik’s win by split decision over former World Championships bronze medallist Shiva Thapa in 63kg was undoubtedly the most notable result from the trials. Thapa had avenged his 2018 India Open loss to Kaushik at this year’s India Open in Guwahati to claim the gold but failed to repeat those heroics this time. “This was a huge confidence-boosting win for me after losing to Shiva in the India Open final. I had been working hard on my stance and footwork since the loss and I am glad it paid off. I am looking forward to giving my best at the World Championships,” said the 2018 Commonwealth Games silver medallist. In an absorbing clash in 57kg, Asian Championships silver medallist Kavinder Singh Bisht edged GeeBee Boxing silver medallist Mohammed Hussamuddin in a split verdict to claim his place. Kavinder had made a splash in his maiden appearance at the last World Championships in 2017 when he upset the two-time World Championships medallist Mohamed Flissi of Algeria to advance to the quarter-finals. “I lost out on a golden opportunity to win a medal the last time. This time I would like to make amends and am targeting nothing less than a gold,” said Bisht, brimming with confidence. In 75kg, Ashish Kumar faced no problem and thoroughly outpunched Prayag Chauhan to claim a unanimous victory. Duryodhan Singh Negi put up a commendable display in 69kg against Ashish Kulhari. Even though two judges did not rule in his favour, he still managed to grab a win on a split verdict going in his favour. Brijesh Yadav re-asserted his supremacy in 81kg by beating Harsh Lakra while Sanjeet dominated CWG bronze medallist, Naman Tanwar in the 91kg category. Satish Kumar did not have to enter the ring for the +91kg bout with his opponent, Naveen suffering an injury and being in rehab. The Indian men’s boxing contingent put up encouraging displays at the Asian Championships and the India Open this year and will be eager to improve upon their performance from the last World Championships where they won a bronze. This will be the perfect platform to gauge themselves against the world's best before the 2020 Olympic qualifiers begin.