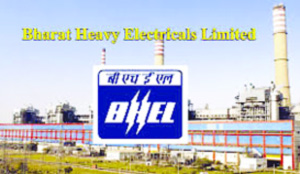 Agencies, Mumbai Bharat Heavy Electricals (BHEL) has secured an order for the renovation and modernisation (R&M) of Electrostatic Precipitators (ESP) at Ramagundam Super Thermal Power Station (STPS). Valued at Rs 137 crore, the turnkey order envisages carrying out R&M of ESPs of three units of 200 MW each at Ramagundam STPS, Stage-I (3x200 MW) of NTPC. These ESPs have been in operation for more than 25 years, company said in filing with BSE. Renovation and modernisation of these ESPs will not only facilitate the operation of these units for many more years, but will also enable these units to meet the revised emission norms for suspended particulate matter (SPM), notified by the Ministry of Environment, Forest and Climate Change (MOEF & CC) in December, 2015. BHEL’s scope of work in the contract includes design, engineering, manufacture, supply, dismantling, erection, testing and commissioning of the ESPs to bring down the SPM emission within the stipulated levels. Major equipment for the project will be supplied by BHEL’s units located at Ranipet and Bhopal. The execution of the contract on site will also be undertaken by the company’s Ranipet unit. Significantly, with this order, BHEL has reasserted its market leadership and capability to carry out R&M of ESPs, filing added.