Bhutan PM to arrive in India, to hold parleys with Modi 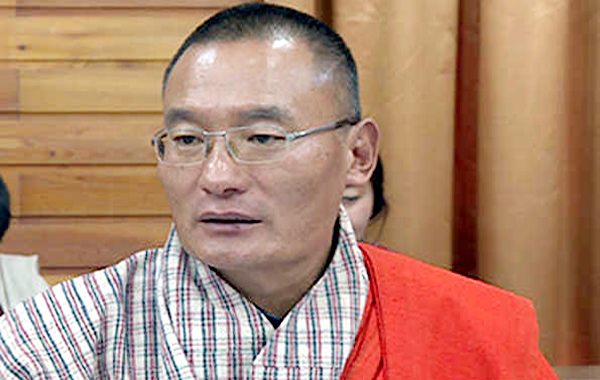 New Delhi, Prime Minister of Bhutan Dasho Tshering Tobgay will be paying a three-day official visit to India from Thursday, July 5. The visiting dignitary will be arriving here at the invitation of Prime Minister Narendra Modi, an official release said here on Tuesday. In their discussions, both the Prime Ministers Mr Modi and Mr Tobgay are expected among things to deliberate on the situation in Doklam tri-junction, the site of recent standoff between Indian and Chinese armies. During the visit, Prime Minister of Bhutan will call on President Ram Nath Kovind and also hold talks with Prime Minister Mr Modi. The External Affairs Minister Sushma Swaraj and other Ministers will also call on the Prime Minister of Bhutan. "India and Bhutan enjoy unique ties of friendship and cooperation, which are characterized by utmost trust and mutual understanding," the official release said. This year both countries are commemorating the Golden Jubilee of the establishment of formal diplomatic relations.The upcoming visit of Prime Minister Tobgay, during the Golden Jubilee year, will provide an opportunity to both the sides to hold discussions on issues of mutual interest, and advancing the exemplary ties of friendship for the benefit of the two peoples, the MEA statement said. Mr Tobgay had visited Assam earlier this year for a special function in Guwahati to participate in an investors’ summit. Both the Prime Ministers met on the sidelines in Guwahati as well. During last few months, National Security Adviser Ajit Doval and Foreign Secretary Vijay Gokhale have travelled to Bhutan. In February this year, Foreign Secretary Vijay Gokhale and Defence Secretary Sanjay Mitra told the Parliamentary Standing Committee on External Affairs that Bhutan is "firmly" with India on the Doklam issue. The panel which also has Congress president Rahul Gandhi as a member was examining into various aspects of the military standoff at Doklam last year.