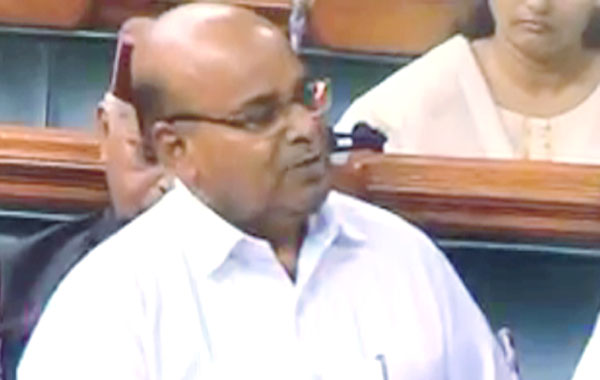 New Delhi, The government on Tuesday introduced the much talked about The 124th Constitutional Amendment Bill that seeks to provide 10 per cent quota in government jobs and education for "economically weaker" sections among the general category people in Lok Sabha. The Bill, which was cleared by the Union Cabinet on Monday in a rather dramatic and surprise development, was introduced in the House by the Minister for Social Justice and Empowerment Thaawarchand Gehlot. Currently, there is no such reservation in the general category. "The reservation will be given to those economically backward poor people from general caste and it will not hamper the existing reservation norms meant for Scheduled Castes and Scheduled Tribes and also OBCs," a government source said. The objects and reasons of the new Bill says that : "At present, the economically weaker sections of citizens have largely remained excluded from attending the higher educational institutions and public employment on account of their financial incapacity to compete with the persons who are economically more privileged". "With a view to fulfill the mandate of Article 46, and to ensure that economically weaker sections of citizens to get a fair chance of receiving higher education and participation in the services of the state, it has been decided to amend the Constitution of India," the statement says.