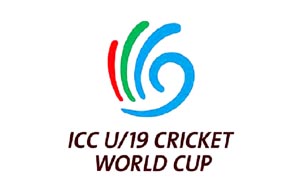 New Delhi The BJP and Trinamool Congress members clashed in Lok Sabha on Monday after the saffron party lawmaker Nishikant Dubey demanded enforcement of National Register of Citizens (NRC) across the country and blamed “parties like TMC” for infiltration of Bangladeshis. The issue was raised by Mr Dubey, who represents Godda parliamentary constituency in Jharkhand during Zero Hour wherein the BJP MP’s contentions were strongly countered by Trinamool Congress members Aparupa Poddar, Kalyan Banerjee and Kakoli Ghosh Dastidar among others. Mr Dubey alleged that “parties like TMC” were also responsible for crimes done by Bangladeshi infiltrators. He alleged that gross infiltration of Bangladeshis were taking place due to covert and overt support from political forces like Trinamool Congress. “The entire demography of Bengal and Jharkhand is being changed and there is also increase in cyber crime and enforcement of the digital economy has become a difficulty in the region,” Mr Dubey alleged. Mr Dubey’s remarks that Congress had compromised in 1946 with Muslim League and that has led to partition provoked angry protest from Congress members as well. At one point amid the din, Trinamool member Kakoli Ghosh Dastidar was heard saying - “If infliltration is taking place along international border, the centre should be held responsible and not the state”. The situation in West Bengal and especially in Darjeeling district figured again during Zero Hour when BJP MP Raju Bista alleged “goondaraj” by Trinamool Congress and said his parliamentary constituency and the district experiences violence from time to time. He ridiculed the alleged ‘silence’ of Trinamool leaders when Gorkha people are killed in broad daylight violence. Sukanta Majundar of BJP representing Balurghat constituency raised the issue of river erosion in his area. The lawmaker said construction of a dam in Bangladesh has affected water flow into his region and thus urged the central government to take up the matter with authorities in that country. Gaurav Gogoi of Congress from Assam raised the NRC issue in Assam and said under the NRC process as executed in the north eastern state many genuine Indian citizens, Bengalis and Gorkha people have been excluded. The Ministry of Home Affairs should take cognizance of the issue, he suggested.