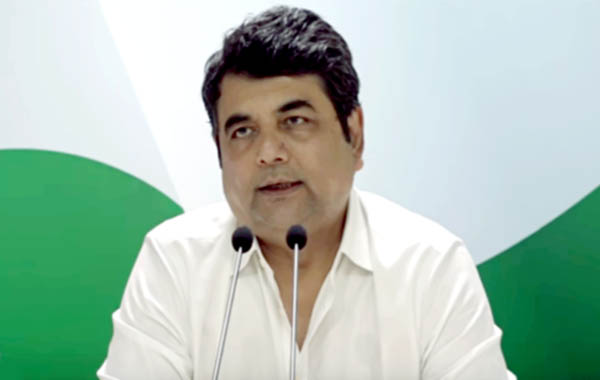 New Delhi,  Defending the remarks made by Congress president Rahul Gandhi during his address at the Bucerius Summer School in Hamburg on Wednesday, the Congress on Thursday said that the BJP attack on Mr Gandhi and Mrs Sonia Gandhi was an attempt to deflect attention of the people from the failure of the NDA Government to generate jobs. Talking to reporters here, AICC spokesperson RPN Singh said, "during his address at the Bucerius Summer School in Hamburg on Wednesday, the Congress president highlighted the lack of jobs, which is the biggest problem facing the country today. Mr Gandhi explained how a lack of jobs was leading to a feeling of anger among people against the Government. Despite joblessness being the biggest problem in the country today, the Prime Minister has failed to acknowledge this. During the 2014 Lok Sabha elections, Mr Modi promised to create 2 crore jobs per year but has failed to meet that promise over the last four years. In this context, the BJP attack on Mr Gandhi is an attempt to deflect attention from its failure to tackle joblessness.’’ Responding to the charges by the BJP that the Congress president had insulted Indian culture by highlighting the violence against dalits and minorities and the lack of security among women, Mr Singh said that incidents of violence against women in the country, including the atrocities against girls in shelters homes, had lowered the image of the country in the world. ‘’The PM has maintained a silence on the violence against girls in shelter homes . The BJP too has refused to say anything on the issue,’’Mr Singh said. He also took affront to the language used by BJP spokesperson Sambit Patra against the Congress president and former Congress president Sonia Gandhi. 'The use of such language against Mr Rahul Gandhi and Mrs Sonia Gandhi by the BJP is unfortunate,' Mr Singh said. Addressing reporters here on Thursday, BJP spokesperson Sambit Patra lashed out at Congress president Rahul Gandhi for his remarks in Germany where he allegedly sought to justify formation of ISIS linking it the concept of 'alternative vision' and said any attempt to give legitimacy to terror organisation is 'worrying'. "You tried to justify the terrorism... Nothing can be more worrying and fearsome," BJP spokesman Sambit Patra told reporters here. The BJP spokesman said, "Rahul Gandhi has yet again done a Rahul Gandhi... he has left no opportunity demean the country and presented India in poor light". "It is unfortunate to suggest that the minorities in India will be selling their soul to ISIS......if they do not get jobs," Mr Patra said. The BJP spokesman took strong exception to Mr Gandhi's remarks on 'Indian culture' vis-a-vis the oft-repeated attack on women, and said it only speaks high of 'Indian culture' that a foreign born Sonia Gandhi was given so high position in the society and country's politics that she was "proxy Prime Minister for 10 years". "He could have spoken about mindset...but to speak ill of Indian culture is not acceptable. Rahul Gandhi and Sonia Gandhi herself should clarify on this," he said.