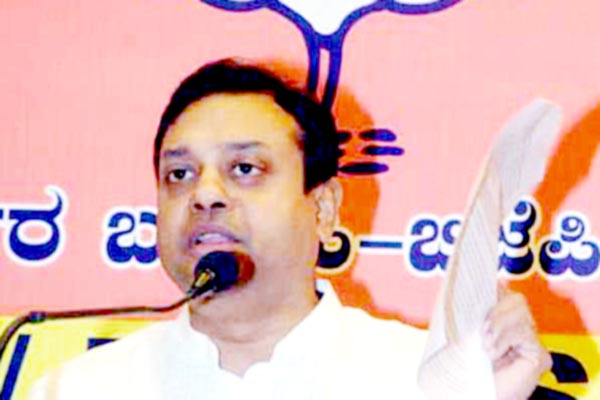 Bengaluru, Joining issue with Congress President Rahul Gandhi, BJP spokesman Sambit Patra on Thursday said while Cambridge Analytica has closed its ‘shop’ the Congress party should not bank on erroneous and fraudulent data. “The fountainhead of data – Cambridge Analytica - has shut its shop. Thus depending on wrong data, Rahul Gandhi is tweeting,” Mr Patra told reporters here responding to Mr Gandhi’s tweet wherein the Congress president has given F Grade on the performance of the Modi government. In his tweet earlier in the day, Mr Gandhi accused the Modi government of neglecting Congress-ruled states in terms of farm loan waivers, crop insurance scheme and MSP especially with regard poll-bound Karnataka. The BJP spokesman said that Prime Minster Narendra Modi has already highlighted the works and contributions of the central government vis-a-vis Karnataka.He suggested that to get “correct data” on farmers and other development yardstick, the Congress leader should also refer to the Namo App. He also said Rahul Gandhi will actually do well to appreciate what the doyen of farmers’ studies in India M S Swaminathan has said about the agriculture-focused central budget of 2018-19. The BJP leader also lamented that Congress leaders like Ghulam Nabi Azad and Mallikarjun Kharge had urged Muslims to vote for Congress enmasse and tried to polarise the political atmosphere in Karnataka. “Senior Congress leaders had crossed the Rubicon and said Muslims should vote for Congress enmasse...Mr Ghulam Nabi Azad also has a advice for Congress leaders and says do not criticise Hindus, then BJP will win. What is this other than the communal agenda?,” Mr Patra said.