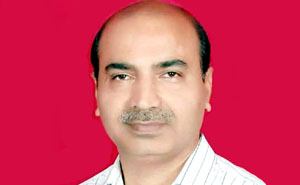 New Delhi, A petition was filed on Wednesday in the Supreme Court by Bharatiya Janata Party leader, Ashwini Upadhyay, seeking a direction that conviction under the Prevention of Corruption Act, 1988, and others shall be consecutive only. It was unclear as to when the matter would come up for hearing before the apex court. Sources said it might come up for hearing in two to three weeks. The BJP leader also sought a ruling that laws for prevention of Money Laundering, Foreign Contribution (Regulation) and Company should also be considered with respect to the PC act. Mr Upadhyay sought a direction to the Centre to constitute a Committee in the Chair of a retired Supreme Court Judge to examine Anti-Corruption Law, Benami Property Law and Anti-Money Laundering Law of developed democratic countries and take appropriate steps to implement their best practices.