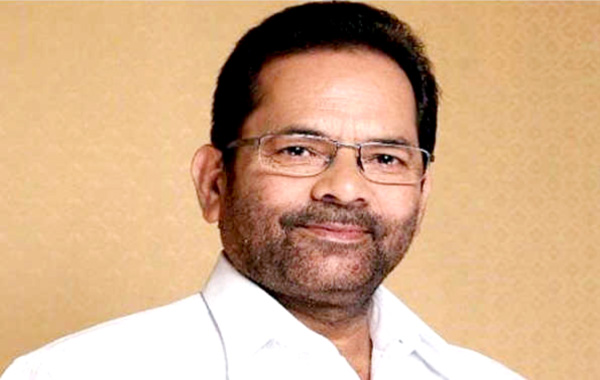 New Delhi, A day after Pakistan Prime Minister Imran Khan performed the ground-breaking ceremony of the Kartarpur corridor and made veiled attack on Indian leadership, a number of Union Ministers and BJP leaders on Thursday lashed out at the western neighbour for harbouring terrorism. 'Whatever is happening in Pakistan is not hidden by anybody. Pakistan in harbouring terrorists and terrorism. I can only say that one should not lose touch with the ground reality,' Union Minority Affairs Minister Mukhtar Abbas Naqvi told reporters here. The remarks came after Congress leader and Punjab Minister Navjot Singh Sidhu courted mega controversy for reportedly posing with 'Khalistani Gopal Singh Chawla' at Kartarpur in Pakistan. Mr Naqvi rather counseled former cricketer-turned-politician Mr Sidhu, who was also BJP MP, and said 'Josh mein hosh nahi khona chahiye (Do not lose touch with ground reality in excitement)'. Media reports quoting intelligence inputs lately linked Gopal Chawla’s name to the attack on Nirankari Bhawan in Amritsar in which three people were killed. Chawla is also believed to be close to terrorist Hafiz Saeed and has also been photographed with him.Pro-Khalistan leader Chawla, who was also seen with Pak army chief General Qamar Javed Bajwa at Kartarpur event on Wednesday, had posted his photo with the Punjab Minister on his Facebook page. Mr Sidhu has also come under attack using laudatory phrases on Pakistan Prime Minister Imran Khan during his speech at the event. BJP leader Prakash Javadekar on Wednesday has flayed Mr Sidhu for his speech at Kartarpur hailing the Pakistan Prime Minister and said the episode only reflects Congress double standards."The issue is not why Sidhu is going, the issue is that he is going there and criticising the Indian government. He is praising Imran Khan to the hilt," BJP leader and Union Minister Javadekar has said. "Once the flattering starts, it doesn't stop," said the BJP leader. Meanwhile, Union Minister Hardeep Singh Puri said the construction of Kartarpur corridor has been long-standing demand of India, and insisted Mr Sidhu has "not done" anything new. 'The demand for Kartarpur Corridor was first raised in 1994 and then again, Akali Dal chief Parkash Singh Badal raised the demand when he accompanied then Prime Minister Atal Bihari Vajpayee in Lahore,' he said. "At the delegation level talks, Mr Badal raised the issue," Mr Puri said. BJP spokesperson Sambit Patra also lashed out at the Punjab Minister, saying, ' The way Sidhu is playing with India's security, Indians will never forgive him.'