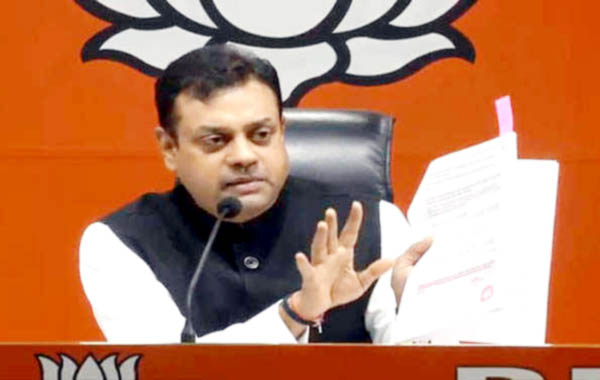 New Delhi, The BJP on Wednesday made a rather unusual but blistering attack on Congress saying there was a "money trail" through Hawala route linking the flow of huge currencies to the AICC. "Congress and corruption have become synonymous...unaccounted cash, Hawala transactions and corrupt deals...these are the pillars on which the Congress party sits," BJP spokesman Sambit Patra told reporters here. "All India Congress Committee used to get money not in terms of lakhs and crores....but these money used to go in kilo grams in weight. We have proof on how money was transferred. We will present documents," he said referring to IT department papers. Mr Patra said BJP chief Amit Shah had said earlier that the Congress party was using the state government of Karnataka as its 'ATM' - only to withdraw the huge amount and use them for political purpose and also for "Gandhi dynasty". There were about transaction of about Rs 600 crore, he said and citing old media reports, he further claimed money trail also led to the offices of 'SG and RG'. "We have hawala network proof....the case is already on. Congress leader (state Irrigation and Medical Education Minister) D K Shivkumar's residence was raided in Karnataka. There were some raids in Delhi also. They were officials in Delhi Karnataka Bhavan," Mr Patra said "three Safdarjaung Enclave and Krishnanagar flats keys were recovered". There was also recovery of Rs six crore from these flats and investigations and 'confessional statements' reveal "how Hawala money used to go to the Congress party and their leaders". "One such official always used to accompany D K Shivkumar during his visit to Delhi," he alleged.He said the cases pertaining to Shivkumar now is clear is actually linked to Congress headquarters and the top leaders. Incidentally, the allegation against Congress came on a day the principal opposition party stepped up attack against the government on Rafale deal and a party delegation met the Comptroller and Auditor General (CAG) seeking an "urgent probe" into the purchase of 36 Rafale fighter jets.