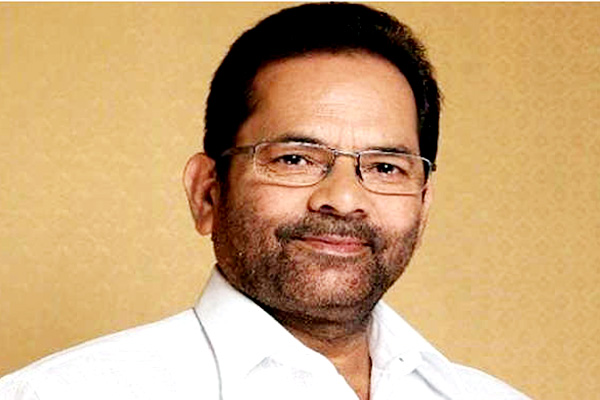 New Delhi, The BJP on Friday sought to make light of N Chandrababu Naidu-led TDP's decision to walk out of the NDA and move a no-confidence motion against the Modi government. BJP sources suggest that the TDP decision is chiefly "part of Mr Chandrababu's Andhra Pradesh politics being played out in the national capital". "It is on expected lines. Some people will be happy, some people will welcome TDP decision but nothing can come out of this. Let us see how things span out," Union Minister and BJP leader Mukhtar Abbas Naqvi told reporters. He also recited a Urdu verse directing towards Telugu Desam Party and said: "Dushmani jam kar karo magar yeh gunjaish rahe Jab kabhi hum dost ho jayein toh sharminda naa ho (You can show your rivalry, but keep it within limits so that when we befriend again, we are able to establish a workable communication)". Mr Naqvi dismissed the TDP allegations that the Centre has ignored the genuine demands of the state of Andhra Pradesh and said, "The Modi government is for comprehensive development of India and the government has been working in that direction".