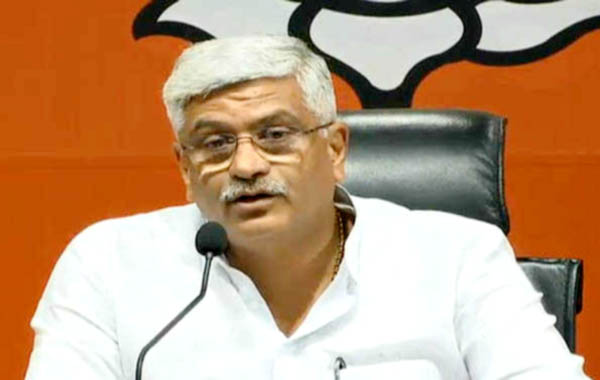 New Delhi, The BJP on Thursday stepped up attack against Congress on the alleged "money trail" through Hawala route linking the flow of huge currencies to the AICC and Karnataka Minister DK Shivkumar. "Since yesterday and in last 24 hours ever since BJP exposed the Hawala operations leading to Congress party, no senior Congress leader has reacted," BJP leader and Union Minister Gajendra Singh Shekhwat told reporters here. He accused the Congress party of raising irrelevant issues and not answering the real questions posed by the BJP on such important issues. On Wednesday, BJP spokesman Sambit Patra made a rather unusual but blistering attack on Congress saying there was a "money trail" through Hawala route linking the flow of huge currencies to the AICC and party's top leaders. "Congress and corruption have become synonymous...unaccounted cash, Hawala transactions and corrupt deals...these are the pillars on which the Congress party sits," Mr Patra has said. "All India Congress Committee used to get money not in terms of lakhs and crores....but these money used to go in kilo grams in weight. We have proof on how money was transferred. We will present documents," the BJP spokesman had alleged. In his reactions in Bengaluru, Karnataka Irrigation and Medical Education Minister Mr Shivkumar alleged that he was being targeted by the BJP dispensation at the centre and the central agencies were being misused against him (Shivkumar) as he was the stumbling block on BJP's mission to topple the JD(S)-Congress regime. "......Threats do not bog me down. I will work to protect the state government," he has said.