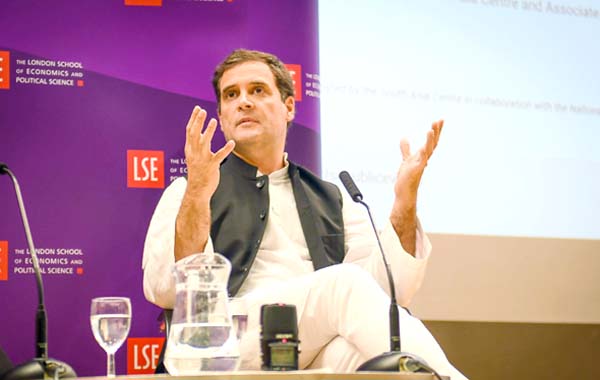 New Delhi, BJP on Saturday stepped up attack on Congress President Rahul Gandhi for his hesitation to answer anything specific on the Doklam issue with China when asked to spell how he would have solved the issue. "Knowing NOTHING but Speaking EVERYTHING = Rahul Gandhi," tweeted BJP spokesman Sambit Patra referring to Rahul Gandhi's remarks in London that he 'did not have' details and so he could not speak out how the issue could be resolved. "When asked how would you have handled Doklam differently after having criticised the government for it, Rahul Gandhi fumbled and said he didn’t have details, so can’t comment... One wonders then on what basis has he been criticising?," tweeted BJP IT cell chief Amit Malviya on Friday evening. The reference was in context of Rahul Gandhi's statement at an interactive session in London. The controversy has been sparked off as replying to a question on how he would have handled the issue, Mr Gandhi said, "I do not have details of Doklam so I cannot answer how I would have handled it differently." Other BJP leaders also maintained that if Rahul Gandhi did not have 'details' of the issue, why should he speak on it and more so attack the government.