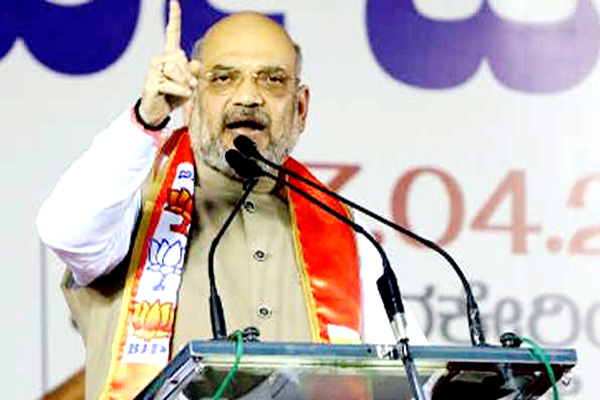 Bagalkote, Karnataka, BJP National President Amit Shah said that his party will give account for the money spent during the 2019 election to the Lok Sabha. "NDA Government led by Prime Minister Narendra Modi will give account for the money spent during its five year term in office, he added. About AICC President Rahul Gandhi's questions to Prime Minister Narendra Modi on national issues, Mr Shah, addressing a public meeting at Hungund in the District, said "Since it is a Assembly election, he (Mr Rahul) should give details of Siddaramaiah government's performance during the last five years in office. Mr Shah appealed to the voters to give an opportunity to his party's Chief Ministerial candidate B S Yeddyurappa. "He will work towards making Karnataka a number one State." Asserting that the BJP will form the next government in Karnataka, Mr Shah said that Congress has already lost Assembly elections in 12 States and in May 12 election also same thing will happen and Congress will lose power. He said that the countdown has begun for for the fall of Siddaramaiah government in Karnataka. "Siddaramaiah, your countdown has begun. We are going to form BJP government in Karnataka. The Congress has lost in 12 state assembly elections so far. Now, its Karnataka's turn."