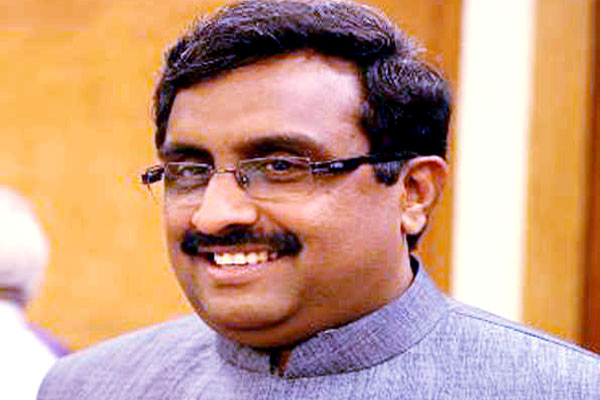 New Delhi, The BJP on Saturday welcomed the early election trends of vote count from Northeastern states with the saffron party doing well in CPI-M citadel Tripura. Senior BJP leader Ram Madhav exuded confidence that the BJP will be able to form government in Tripura and its alliance partners from national polity NPP is emerging an important player in the corridors of power in Meghalaya. In Tripura, while BJP is doing well, the story of CPI-M in 'red fortress' is far from over.According to trends available so far, the CPI-M was leading in 29 in the 60-member assembly and if the trends continue, the Marxists seemed to be making headway in retaining their hold. "The Modi blitzkrieg will fail in Tripura. The countdown for 2019 will begin," remarked CPI-M leader Bijan Dhar.The incumbent Chief Minister Manik Sarkar is in office since 1998 and during the high-profile campaign, all throughout his party was solely banking on what BJP leaders say - the "fading charishma" of Manik Sarkar. Nearly 80 per cent of the state's 37 lakh people are Bengali-speaking Hindus, mostly migrated from Bangladesh. Tribals, mostly Christians, for less than a third of the state's population. BJP had allied with a tribal-based outfit IPFT in Tripura - that is bordered on three sides by Bangladesh. The Congress party is likely to emerge as single largest party with the trends giving them 20 seats so far in the 60-member assembly.While BJP is maintaining lead in six seats, NPP of Conrad Sangma is leading in 12. But importantly for Meghalaya, regional parties like HSPDP and UDP are also doing well. The personal magnetism of Congress Chief Minister Mukul Sangma that came in focus in this year's elections is key to future power politics in Meghalaya.In fact, the Congress, which has been losing ground in every election since last three years, is hoping that Mr Sangma would play a 'savior' and help the grand party retain its hold. Even as many tribal Christian leaders suspect some voters have "turned towards" the pro-Hindu BJP in the Christian-majority state, political observers and the exit polls generally suggest that Conrad Sangma-led NPP would do well and emerge a key player in the corridors of power.In Nagaland, BJP and NDPP are doing well while the regional party NPF is also doing well.