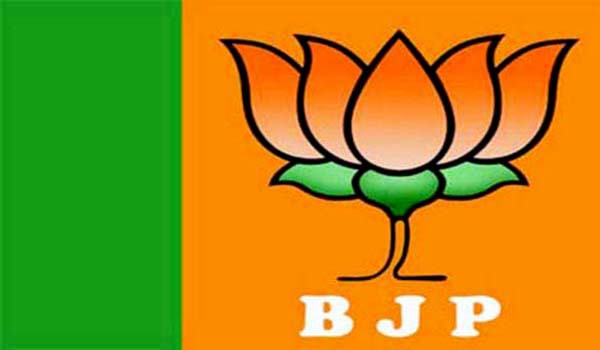 New Delhi, The BJP's performance in West Bengal in the next year's parliamentary elections will be most significant and a game changer in more ways than one, a key party leader has said here. The saffron party also believes that chiefly due to inherent contradictions among Samajwadi Party and Mayawati-led BSP, the party will retain its commanding position in Uttar Pradesh - where it had won 71 seats and also managed to help its smaller ally Apna Dal win two more. "BJP believes the road to our success in 2019 polls will again go via Lucknow and Uttar Pradesh," another party leader said adding the party will make significant gains in north east, Odisha and West Bengal. The BJP leader emphasised that beside doing well in states like West Bengal and Odisha, the party will also be able to retain power in ensuing elections in Rajasthan, Madhya Pradesh and Chhattisgarh and put up good performance in Telangana and Mizoram. On West Bengal front, the source said the voters and 'cadres' in other parties like the Left and the Congress realise in 'futility' of their political battle, they will soon shift allegiance to the BJP. "Moreover, once the fear factor goes, the people and party workers in other parties will be able to come forward and decide about casting vote ...This happened in Tripura," he said. In onetime communists' bastion the BJP is now able to form government with two-third majority. "The security element is vital in states like West Bengal...that has a history of electoral violence. Even the cadres in other parties will get a sense of security once he sees central para military forces," the source said adding during the Panchayat local body polls, the BJP lost about 35 workers. Sources revealed that the BJP is likely to win more than 300 seats and the party-led alliance, the NDA, will make two-third majority - that is more than 360 in the 2019 Lok Sabha elections. "I am stating this based on an internal survey ..." he remarked and denied that the central government may also carry out any survey to enlist people's views on the performance of the Modi government and also on what they think about the 2019 polls. "Our focus nationally is to win 51 per cent of votes. This is the mission the party has pledged to work during the just concluded national executive meet of the BJP, " the source maintained. The party's campaign strategy will be essentially banking on projecting well the government’s welfare measures that have “benefited” 90 per cent of the villages.BJP internal survey has given its hope that the party's vote share will increase by 12 per cent and touch the base of 51. In the 2014 polls, the BJP's tally was 282, the NDA had won 336 of the 543 Lok Sabha seats.Sources also claimed that in next few months, the government and BJP campaign managers upto booth level will have tough job to change a 'perception' about growing dissatisfaction among the people over rising prices of petroleum and such issues.