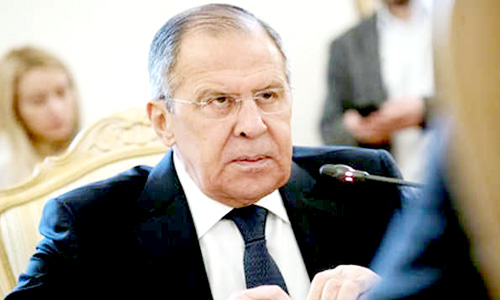 Moscow, Russian Foreign Minister Sergey Lavrov has took part in BRICS [Brazil, Russia, India, China, South Africa] foreign ministers meeting,on the sidelines of the 73rd session of the UN General Assembly, the Russian Foreign Ministry said in a report. According to the report, "The ministers discussed the problems of peace and security maintenance, economic and financial stability, and sustainable development. They confirmed their countries’ intention to build up coordination at international floors on the basis of commitment to the principles of multilateralism and formation of a fairer and more equitable world order where the UN and international law would play the central role". Also, they discussed on further steps towards implementing the decision taken at the 10th summit of BRICS on July 25-27 in Johannesburg, Tass said on its website. The Brazilian Foreign minister told the gathering about the plans for Brazil’s terms of rotating presidency in the association in 2019.