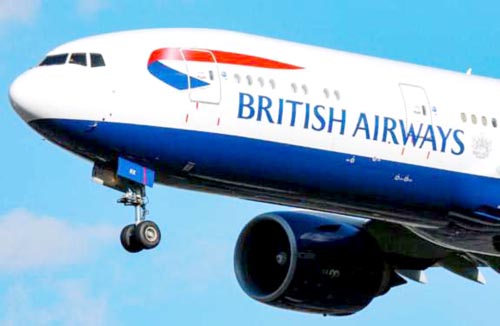 Hyderabad,British Airways on Wednesday announced sale offer on its flights to Hyderabad and Chennai for completing a decade of flying from London to the Hyderabad and 30 years from London to Chennai. To mark the occasion, the airline offers a 10 per cent discount on the base fare and is valid for booking from November 28 to December 12, 2018 on the two routes. The travel period for passengers of World Traveller and World Traveller Plus is between January 28 and March 31, 2019 while for Club World is between January 22 to March 31, 2019. British Airways launched its first flight from London to Chennai on November 3, 1988. Back then it was a gateway to the four states of southern.