Buddhism was basis of early form of globalisation: Kovind 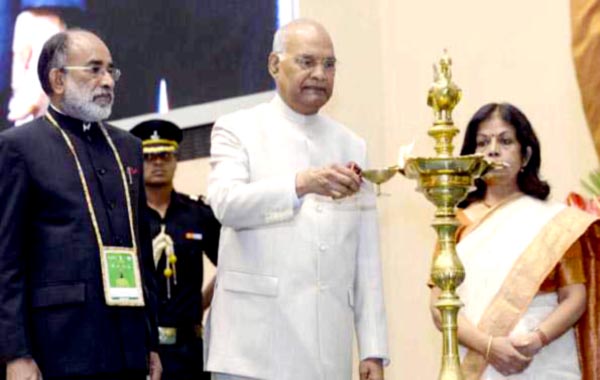 New Delhi, President Ram Nath Kovind on Thursday said that Buddhism was the basis for an early form of globalisation – and of inter-connectedness in the continent. "It is these principles and values that must continue to guide us,’’ he said. Inaugurating the 6th International Buddhist Conclave here, Mr Kovind said, "Eventually, the many roads that the monks and nuns -- those men and women of faith--carved out became the earliest trade routes.' He said that the voyage of Buddhism from India to Asia and the transcontinental links that were created carried more than just spiritualism. "They carried a rich cargo of knowledge, learning, arts and crafts, meditation techniques and even martial arts.' Describing tourism is a multi-stakeholder enterprise, Mr Kovind said the business potential of tourism is immense that the private sector and civil society have substantial roles. "In terms of providing a safe and secure visitor experience, state and municipal administrations play a critical part,' he said. "Across our world, this industry is a big job creator, especially for local households and local communities. In its essence, tourism, like Buddhism, is about people and empowering them to realise their potential,’’ he added.